Samsung Electronics Co. claims its latest smartphone line, the Galaxy S21 is selling better than the prior model S20 which was only in market for a short while.

The device posted 30 percent higher sales in South Korea where the device went on sale earlier than Australia.

The increased sales were achieved between Jan. 29 and this Monday.

In Australia retailers such as JB Hi Fi are reporting a significant increase in demand for the new device which has a new camera rig that also delivers the ability to be a video director with front and rear shooting at the same time.

In South Korea, the entry-level S21 accounted for 40 percent of the total sales, followed by high-end S21 Ultra with 36 percent.

The Galaxy S21 is cheaper than the S20 and has richer features than the prior model.

Samsung said sales of unlocked phones made up 30 percent of the total S21 series sales, with their sales volume more than doubling from that of the S20 series.

Of the unlocked phone sales, 60 percent were purchased online, the company added.

Samsung, the world’s largest smartphone vendor, launched the S21 series on Jan. 29, nearly two months earlier than its usual schedule of new flagship smartphone launches. The company expects sales of S21 smartphones to further rise in March and April especially in China where the Company has targeted the Lunar New Year holiday period with their new offering.

Samsung said the new design and enhanced cameras of the S21 series apparently attracted more consumers into stores and online, with its various marketing programs.

The company earlier said the number of consumers who used its “Galaxy To Go” service, which allows people to rent and use the S21 for up to three days, have more than tripled from the past. At this stage, the service is only available in South Korea. 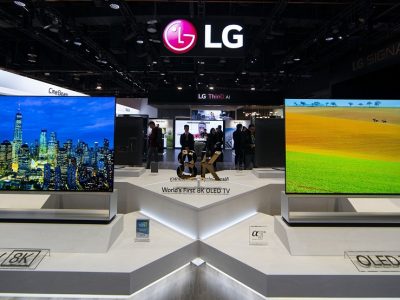