Samsung who yesterday reported a record profit is now getting set to shake up the 5G handset market with a dual screen fold up model that is tipped to be called the Samsung Galaxy X.

The giant Korean Company who saw a 10% decline in smartphone sales in the last quarter is banking on 5G and new flexible materials to drive growth in the future as millions of consumers move to upgrade their handsets to 5G models.

During yesterday’s financial announcement Samsung included multiple references to flexible display technologies hinting that flexible or folding phones as some are referring to them as are, going to be a key part of its business in the immediate future.

Also set to launch a flexible model is arch rival LG who are a leader in the OLED market.

As for 5G models, the upcoming Samsung Galaxy S10 which is set to be launched at Mobile World Congress is tipped to be the first model. “Samsung will strive to expand sales of premium smartphones through differentiated design and a diversified line-up,” said in their latest results announcement.

“The Company will also solidify its market leadership by adopting cutting-edge technologies across its entire Galaxy line-up, including the Galaxy A series” they added.

“In 2019, the OLED business will look to expand into new product categories by continuing to offer technologically differentiated products and to broaden the customer base with flexible panels,” the announcement continues.

The word on the street is that Samsung’s foldable smartphone could be officially unveiled at the Samsung Developers Conference on November 7 in San Francisco.

On the flip side, Samsung, which ships one of every five smartphones globally, said yesterday that their mobile-division revenue dropped 10% to 24.91 trillion won, down from 27.69 trillion won a year earlier. Its mobile division profit nose-dived by a third.

In an earnings release, Samsung said smartphone shipments were flat and the profit drop was attributable to “increased promotional costs and a negative currency impact.”

It appears that Consumers are balking at $1,000 phones and holding on to their devices longer than ever the Company claims.

What surprised the Company was poor sales for its flagship Galaxy S9 handsets, a device marketed around its animated human emojis. To rejuvenate sales, Samsung moved up the release of its large-size Galaxy Note 9 to Aug. 24, weeks earlier than the prior-year model.

Yesterday the world’s largest maker of smartphones and semiconductors delivered a third-quarter net profit of 13.15 trillion South Korean won ($11.5 billion), an all-time high and a gain of 18% from a year earlier.

Revenue rose to 65.5 trillion won during the three months ended Sept. 30, up from 62 trillion won a year earlier.

Analysts polled by S&P Global Market Intelligence had expected the company to post a net profit of 12.9 trillion won and revenue of 64.9 trillion won for the third quarter.

The company’s prior record net profit was 12.26 trillion won during the final three months of 2017.

But as the mobile unit tries to recover, there are growing signs that the memory-chip boom, fuelled by demand from data servers, gadgets and cryptocurrency miners, could be cooling.

In a reflection of its challenges, Samsung Electronics shares have slid about 17% this year, as investors fear the semiconductor shortage that powered the firm’s recent string of record profits may have peaked. 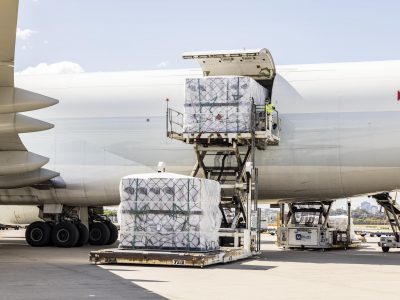 Samsung Sales Surge As Family Move To Pay $2.1B In Inheritance Tax