The moment you lay eyes on Samsung’s S9+, one thing is blatantly clear – It looks a hell of a lot like the former S8. When it comes to the exterior of Samsung’s latest flagship smartphone, the South Korean giant has taken the approach of “don’t fix what’s not broken”.

Whilst most of the S9’s improvements are found under the hood, it hasn’t stopped Samsung from demonstrating why its phones consistently rank among the industry’s best.

Coupled with its new “re-imagined camera” the new Galaxy S9+ (A$1,349) could well be one of the best smartphones on the market today.

To celebrate the S9’s launch, Samsung has debuted a new ‘Lavender’ hue, which is both beautiful and somewhat reminiscent of the LG V30+.

The S9+ measures 6.2-inches, and retains a 18.5:9 Quad HD+ ‘Infinity Display’, for edge-to-edge display. The AMOLED display is crisp, clear and consistent with what Samsung phones are known for.

Compared to the S8, the Galaxy S9+ features slightly thinner bezels. Samsung states it has increased the ‘blackness’ of the screen, to better blend in with external bezels when switched off. Once again, a reflection of the acute attention to detail Samsung is known for.

These little tweaks make ‘Edge Lighting’ look even more striking. New notifications cause the device’s perimeter to light up, and the minimalist bezels add to aesthetics.

Ensconced in semi-matte metallic lavender, Samsung states the S9’s edges have also been reinforced for better scratch resistance – a great addition for devices with thin bezels.

At the bottom of the device is a USB-C port, and to the delight of many consumers Samsung has retained the headphone jack.

For enhanced durability, the Galaxy S9+ features an IP68 rating for water and dust resistance.

Turning the device around reveals a welcome makeover.

The S9+ has responded to previous feedback, and moved its fingerprint reader to a more ergonomic location. Even with my petite hands, I have no trouble accessing the scanner for super swift unlocking.

Now placed at the bottom of the camera, users are less likely to accidentally smudge the camera when unlocking – a gripe of previous devices. 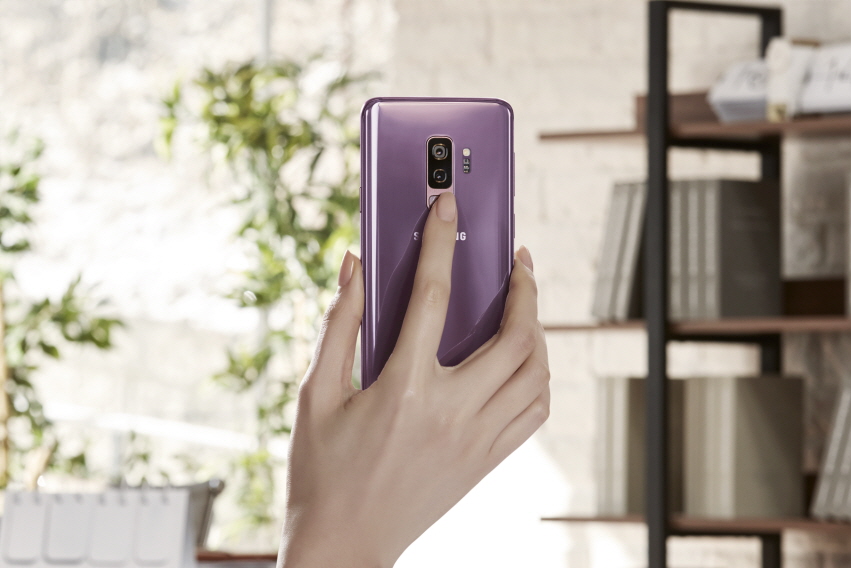 In a bid to take on Apple’s iPhone X, the S9+ features an iris and facial recognition scanner.

For glasses wearers this is especially beneficial, as the device utilises iris recognition when Face ID is stifled. Both features work adequately, however, fingerprint recognition remains my go-to. 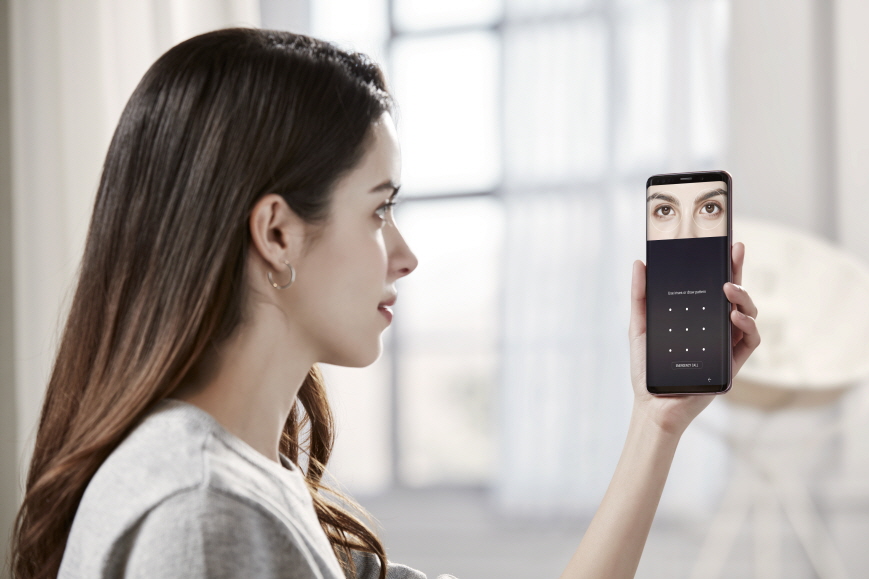 Combing a F2.4 aperture lens with a F1.5, the S9 boasts the brightest smartphone camera lens set-up currently on the market.

Its rear camera set-up couples a 12MP with a 12MP zoom lens, whilst the front ‘selfie’ camera delivers 8MP.

The S9 Plus’ dual aperture lens claims to automatically adjust to environmental conditions, mimicking the entry of light like a human eye, for crisp, clear images.

Compared to the Galaxy Note 8, the difference in colour vibrancy, tonality and crispness captured by the Galaxy S9+ is instantly evident. 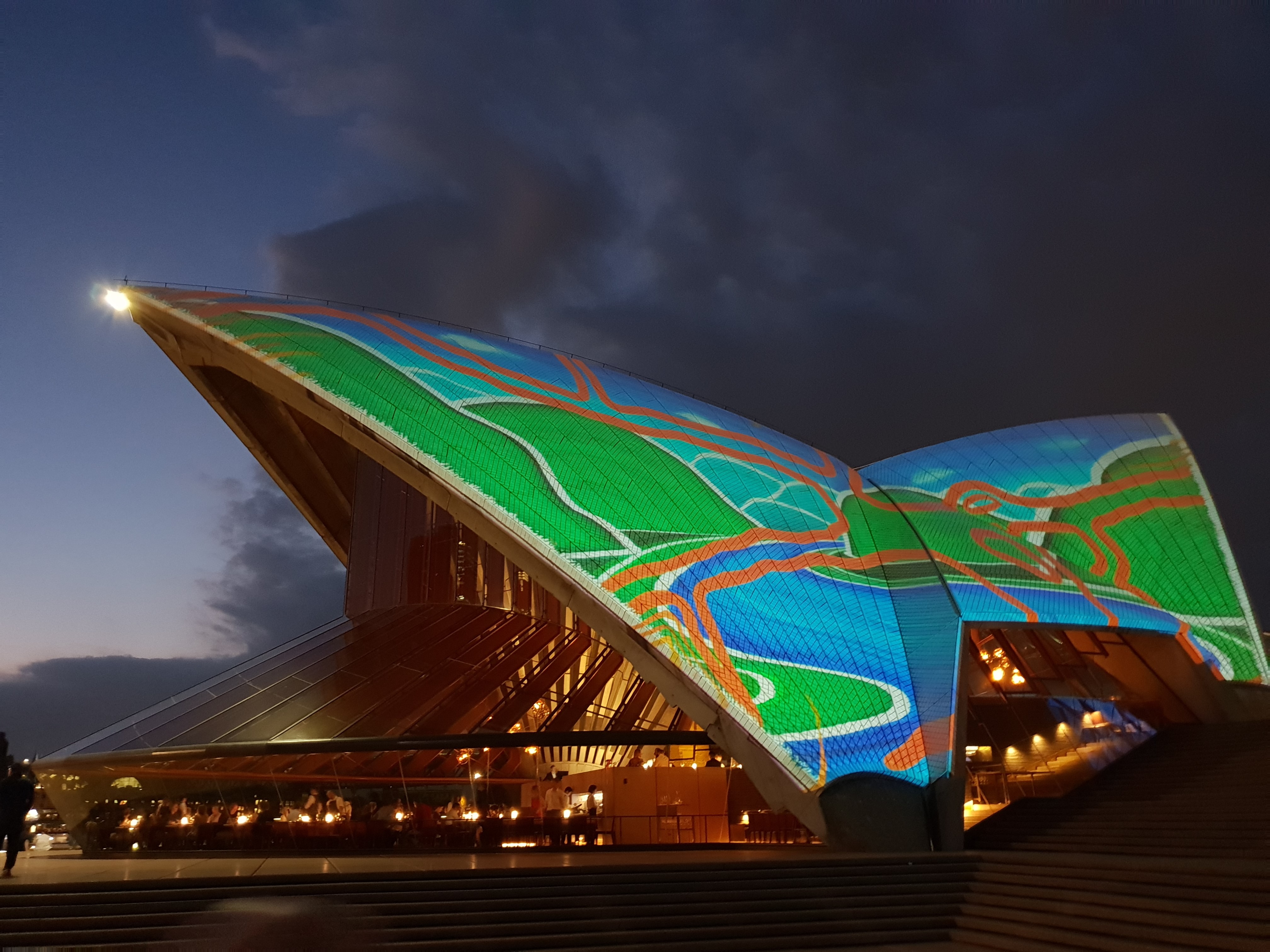 Low-light functionality is also significantly much better than other rival smartphones, with notably enhanced clarity. The device does struggle in extremely dark rooms, however, its a stretch to assume it could substitute specialised ‘night cams’.

The camera’s ‘Auto’ mode largely delivers images which are striking from the get-go, and closely resembles the quality of usually edited photographs. Since using the S9+, time spent editing images for social media has been considerably reduced.

I did, however, enjoy the blurred out background cast by ‘Food’ mode. Great for capturing #coffeeporn. 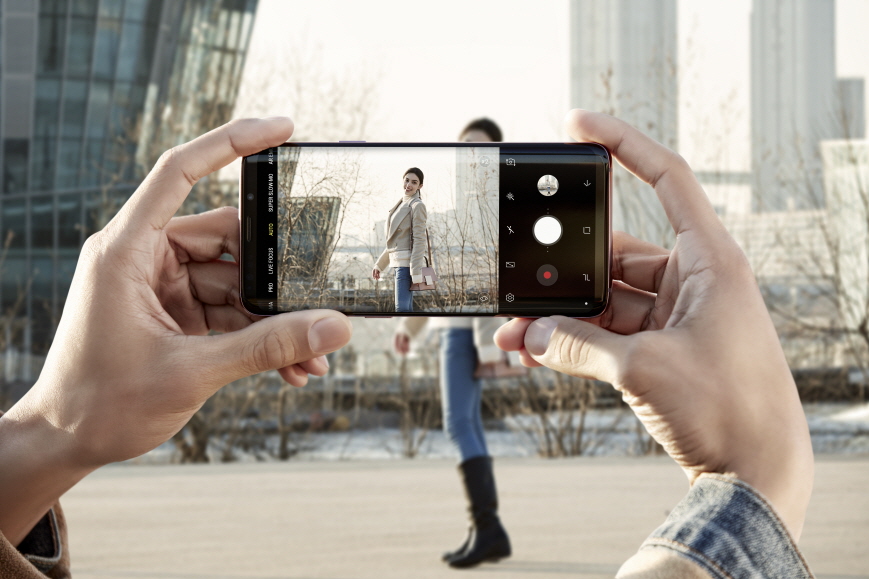 That being said, there is a ‘Pro’ mode for those who want extra customisation.

As one photographer friend remarked, “This is making my job redundant”.

The Galaxy S9+ has also debuted an impressive super slow motion camera, triggered manually or automatically. Samsung claims to have increased the device’s shutter speed to 960 frames per second – i.e. 0.2 seconds of real-life, converted into a 6 second video.

Saying goodbye to bitmojis, the S9+ allows users to create personalised 3D avatars, which mimic a person’s facial expressions. Users can capture images or videos of their avatar, to share as a GIF or meme.

Whilst the feature is fun in theory, there are notable restrictions. Like many others, my AR emoji doesn’t closely resemble my appearance – customisation of skin tone, facial features and outfits is somewhat limited. At current, it’s not robust enough for me to reach for often. 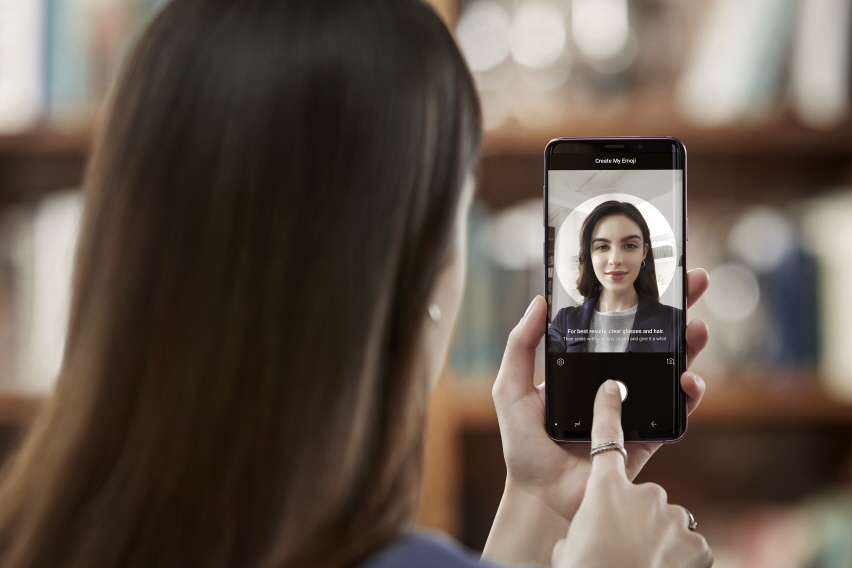 Concerning selfies, Samsung has integrated several ‘Snapchat-esque’ filters directly into the camera – e.g. kitten ears on your head, or festive frames. It’s fun and practical enough to use frequently.

An in-built AR make-up function is also embedded into the selfie-camera, however, compared to third party apps on Google Play, it fairs relatively average.

One of the S9 camera’s most impressive feats, is its integration of artificial intelligence.

By triggering ‘Bixby Vision’, users can point the camera at various objects, and display a suite of relevant information

I was disappointed to find the Australian S9+ does not offer Bixby Vision’s ‘Makeup’ mode. The feature displays information about makeup worn by others, and directs to purchase links.

Using Bixby Vision is fun to use, however does drain a lot of battery. Spending half an hour tinkering with the feature churns a considerable amount of juice.

Bixby Vision seems Samsung’s take on Google Lens – which is currently rolling out to Android phones – however doesn’t perform quite as well. There are several instances in ‘Image’ mode when Bixby failed to display information about landmark buildings around me, whereas Google Lens did.

In ‘Text’ mode, users can point to a foreign phrase, for the camera to display a translation. This is hit-or-miss, and is best used on short phrases.

Pointed at food, Bixby Vision displays the amount of calories. However, I’d take results with a grain of salt, as sometimes junk food reads much ‘healthier’ than truth.

I enjoyed using the ‘Wine’ mode, which scans a bottle’s label and displays information about its name, brand, user ratings and purchase links. It’s fun to use at a bottle shop, as though your own personal wine assistant.

In lieu of the dedicated ‘Makeup’ mode, I opted for scanning faces in ‘Image’ mode. Results frequently differed, however, Bixby Vision does bring up information about related makeup looks, tutorial links and potential products. Unfortunately, product suggestions were mostly incorrect.

You can, however, scan an image of a makeup item, and Bixby Vision will [sometimes] tell you the product name and shade.

When scanning a person’s face, Bixby Vision often brings up images of similar hairstyles – a feature I absolutely love. Again, it’s sometimes tricky to pinpoint results, as they change.

Scanning an image of a person wearing glasses generates pictures of similar frames, which is particularly useful for me.

The base model comes with 64GB, and is expandable with a MicroSD card.

Overall, the Galaxy S9+ comes equipped with the internal strength to complete tasks with ease and efficiency. Despite high intensity tasks like Bixby Vision, the smartphone offers seamless operation, and caters to multi-tasking well.

With its powerful camera and in-built smarts, there’s no way Samsung’s S9+ could handle the workload if its internal components weren’t up to scratch, and Samsung has met the challenge head on.

The device boosts up quickly, and I experienced very few moments of freezing. 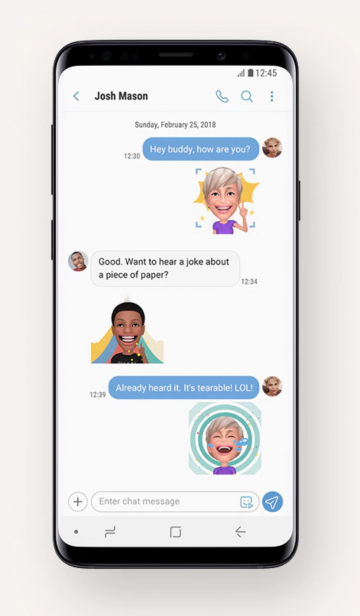 There are a few subtle tweaks – e.g. the Messages app has undergone a makeover. Hallelujah! No more orange message bubble. Unfortunately, the dastardly ‘View All’ remains. I’m always tempted to swap to a third-party messaging app, however, the S9’s beautiful Edge Lighting doesn’t support that. 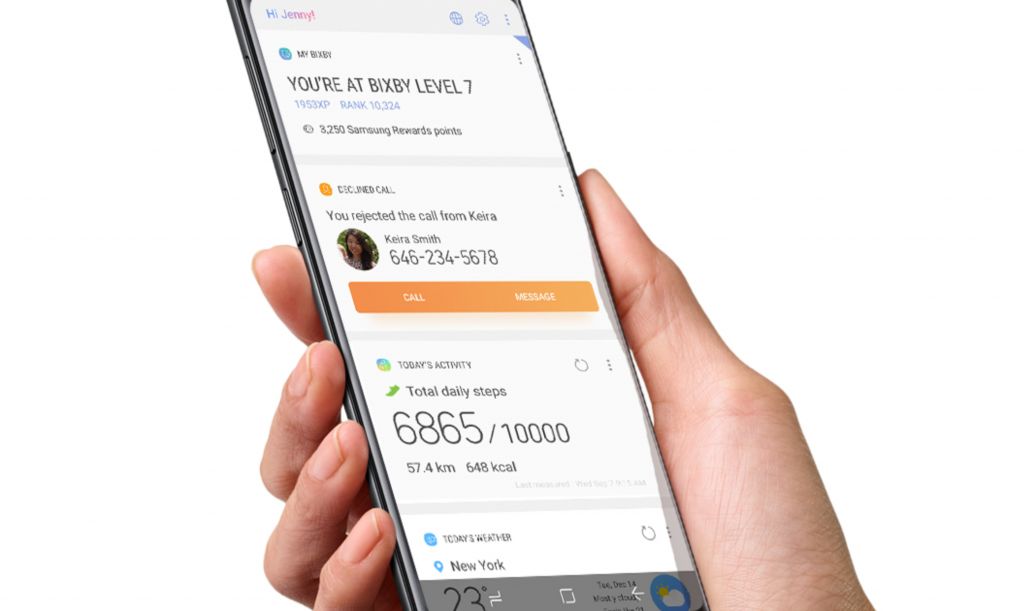 Contrary to some others, I really enjoy using Bixby Home on the S9+. One swipe left on the home screen reveals a side menu which neatly summarises most of my needs.

In fact, I’ve been interacting with Samsung’s digital voice assistant, Bixby, a lot. Users can trigger the AI assistant by pressing down the side key under volume controls, or calling her by name. Bixby gets more intuitive with repetitive use, and I’m at the point where I find I use her more than Google Assistant. She’s developed to know me well, and continues to get better.

In essence, I’m falling into Samsung’s hands – there is a function which explicitly asks users to choose between Samsung’s Bixby or Google Assistant for text-to-speech functionality.

Supporting 24-bit audio, the S9 Plus’ stereo speakers are considerably more loud and clear than rival devices, making for immersive watching of YouTube videos, and streaming of Netflix/Stan.

The Galaxy S9+ delivers a pseudo surround sound effect – the smartphone seems to generate sound not just from its left and right speaker, but also from its rear and front.

Included in the box is a pair of well-crafted AKG headphones, which perform brilliantly.

The S9+ incorporates a whopping 3,500 mAh battery, and with moderate use lasts about a day and a half. Amidst more intensive tasks – e.g. Dolby Atmos, high precision location settings – I get about a full day. However, Samsung’s in-built ‘Optimizer’ does do a good job of shutting down unnecessary functions when an extra boost is required.

An ultra fast charger is also included in the box, which does exactly as it claims. Wireless charging is also supported.

As competition within the premium smartphone market continues to intensify, the Galaxy S9 Plus’ familiar appearance could be perceived as somewhat uninspiring.

Instead, Samsung has proved technological evolution is only as good as internal components and the strength of a device’s heart.

The Galaxy S9 Plus features robust hardware and a powerhouse engine, which proves capable of supporting its expanding capabilities, and suite of new smarts.

Featuring a market-leading camera, outstanding audio and a further streamlined user experience, the new Galaxy S9+ is a pleasure to use, and has raised the bar for what consumers can expect in a top-end smartphone.

Australia, galaxy, S9, S9 Plus, samsung
You may also like