Review: Light Up Your World With LIFX Smart Bulbs

LIFX began its life as a humble Kickstarter campaign which has since exploded into a major force in the connected home market.

According to research conducted by LIFX, more than half the population intend on converting their homes to be ‘smart’ in the next five years, signalling that the connected home revolution is here.

Projections from Statista show smart home technology product sales to double in Australia by 2023, with the IDC recognising Asia Pacific with holding the largest share of the globally connected device market at 37.7%.

LIFX generously sent us the A60 and Mini Colour light to test out, and I can tell you without a shadow of a doubt, that these Wi-Fi lights are clearly the stand out in a crowded field.

The LIFX A60 outputs 1100 Lumens of brightness across 16 million colours, including cool and warm whites.

The smaller Mini Colour smart lightbulb as an 800 Lumen output, with the same colour output as the A60 for $69.99.

When it comes to choosing between the two lights,  it’s very much dependant on where the lights will be installed

Considering the variation in luminance, light placement will make a massive difference.

For me, the Mini Colour was more suitable for my lamps whereas the A60 worked wonders as a ceiling light in my bedroom.

Although it does ultimately depend on your home setup. 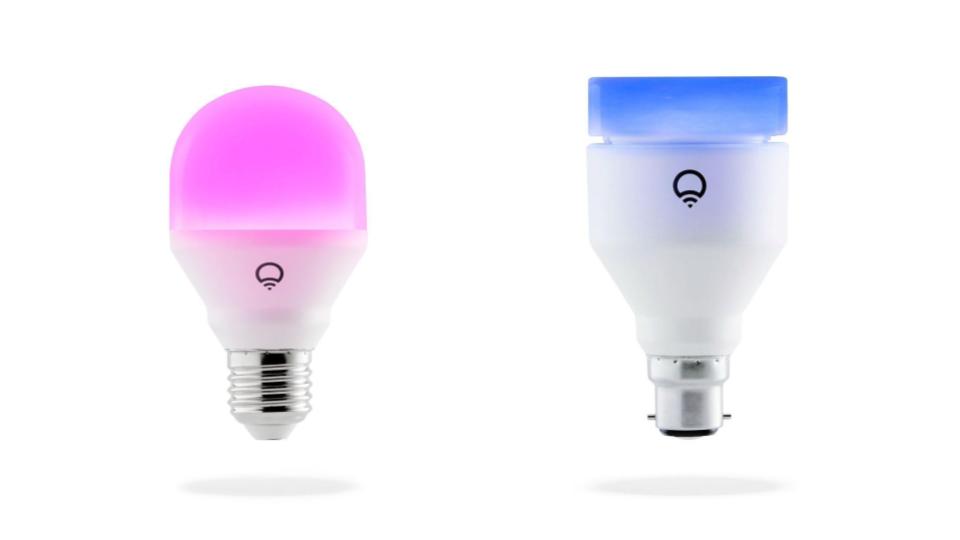 LIFX separates itself from the main competitor Philips Hue by omitting the need for an accompanying bridge or hub, dramatically reducing the buy-in cost.

The setup process is essentially plug-and-play, regardless of which voice assistant service your using.

Within the companion LIFX app, users will be guided through the setup process, allowing you to assign each light to a particular room or group.

It should be noted that with any smart home device that they should be connected to a 2.4Ghz connection and not 5Ghz, as networked products work better on this frequency.

My favourite feature within the LIFX app is the Day & Dusk function which automates light temperature and brightness throughout the day to better adjust to your circadian rhythm.

Going beyond typical scheduling, the feature will gradually raise or lower the brightness and colour temperature (2500K to 9000K) depending on the time of the day.

The only downfall of this feature is that the light will still turn on or off regardless of whether you’ve turned the light off.

Meaning if you’re going to bed earlier than usual, you will need to switch the feature off.

I would love to see LIFX implement the ability to adjust the Day & Dusk function via the voice assistant to avoid the need to manually switch it off in-app.

For Apple HomeKit users, LIFX includes a QR Code and an individual code to automatically set up the lights to be controlled by Siri.

Google Home and Amazon Alexa both require an extra step to link your LIFX account, which will then allow you to add the lights to your household.

During my testing, Siri was hands down the most responsive when it came to automating lights around the house, with barely a second between commands.

Both Alexa and Google experience delays when executing commands, with some instances taking nearly 30 seconds to complete.

While this unlikely to be the fault of LIFX, it does raise the question about overall compatibility requirements for different voice assistant services.

Marc Alexander, Founder and CTO of LIF is looking to educate and arm Australian consumers ‘with the right information about how to start their smart home journey in the smartest way’.

There is an abundance of smart home devices on the market, and even more in terms of smart lighting.

When it comes to deciding what to choose and which brand to go with, decisions can be difficult to make with all the choices.

Considering LIFX is an Australian grown brand, and one that is available in major national retailers like JB Hi-Fi and Bunnings makes it an easy and accessible choice for most consumers.

The LIFX range of smart lights are fantastic to use and operate, with barely any connectivity issues to be found.

Coupled with the simplicity of the companion LIFX app and the brand’s integration with Apple HomeKit, Google Home and Amazon Alexa, means it covers every single voice assistant worth using.

If you are after a light that not only works but exceeds expectations, then you should look no further than the A60 and Mini Colour bulbs from LIFX.

If it comes down to choosing between the two, then the decision should be based on size and brightness, the A60 is larger and brighter but has the same colour and temperature range as the Mini Colour.

While the price can be a bit much for the average consumer, at $69.99 and $89.99 respectively, it won’t be cheap to fit out your entire house, but if you want to spice up one room or lamp, then it’s worth the extra coin.

Only A Third Of Population Know What Smart Home Means

BREAKING NEWS: Another Greenlit Brands Linked Retailer Placed Into Administration
Coronavirus Distributors Industry
//
David Richards
/
0 Comment
Debenhams the UK retailer who set up in Australia in 2017 is on the brink of administration for the second... Read More