While Apple may have fired the starting shot in the race to true wireless earbuds in September, the Cupertino-firm’s AirPods look to be missing out on the 2016 holiday season. In their place, plenty of companies have launched their own minimalist wireless earbuds. However, even at this early stage, Jabra’s Elite Sport range is emerging as a frontrunner for the category.

While there are easy comparisons to Samsung’s IconX and Apple’s AirPods that could be made, the differences between Jabra’s latest and its competitors are anything but surface level. The Elite Sport delivers close to the best experience on the market when it comes to cordless wireless headphones. It’s pretty much the pinnacle of everything else on Jabra’s slate of 2016 products – even if it’s first-generation status does saddle it with a handful of caveats.

When it comes to the design of the Elite Sport, there’s a lot to like. The two buds come in a small and snappy obsidian-color metal charger case and bundled with no less than eight modification sleeves that you can use to find the most comfortable fit for them. The buds themselves are made of a hard black plastic build with two buttons protruding on one side and a pair of charging strips embedded along the other.

The experience here is as streamlined as it gets. One earbud can be used to raise or lower the volume, the other allows you to filter through ambient sound at the touch of a button. For calls, the Elite Sport earbuds even boast advanced four-microphone call technology and wind noise reduction.

Unlike competitors, the IconX – Jabra’s Elite Sport come waterproofed – an addition that makes it all the more suitable for the audience Jabra is chasing. The earbuds come with an IP67 rating and have been tested to work for at least 30 minutes while submerged in up to three feet of water. It’s a feat Jabra are so confident about that they’re willing to throw in a three-year warranty with every purchase.

In this way and many others, the Elite Sport represents Jabra’s efforts to not just act but be prepared for the reality of how their product will be used. From the ground up, the Elite Sport has been designed with usability in mind. Jabra know there’s no use selling fitness headphones without effective waterproofing and they know there’s no point in having cordless earbuds if it just creates more hassle.

Battery life here is pretty much as good as these sorts of wireless earbuds get. The Elite Sport boasts 3 hours of battery life to begin with, plus an additional six when the charger comes into play. What’s more, combining that charger case with even a low-end powerbank over Micro-USB leaves you with more battery life than you know what to do with. Sure, it’s one more thing to carry – but is a small price to pay to realize what is, pretty much, the best-case scenario for wireless earbuds.

A number of other caveats emerged during our time with the Elite Sport headphones. While the streamlined nature of the control scheme renders them very visually appealing the physical act of pressing those buttons proved less than ideal. Wearing the Elite Sport for periods longer than 30-40 minutes resulted in some soreness on our ears (which is common) and pushing the Elite Sport buds down on that sensitivity whenever I wanted to pause a song or lower the volume exacerbated the issue.

There’s also some inconsistency when it comes to the Bluetooth connection binding the two buds and your phone together. While the bass-enriched audio tech built into the Jabra Elite Sport sounds great in indoor environments, on the move experiences we sometimes encountered dropouts and flickering connections. From what we could tell, the issue derived from the nature of Bluetooth connections itself rather than a problem on Jabra’s end.

These occasional niggles are especially a shame given how Jabra have gone to all the trouble of incorporating a personalised fitness analysis and tracking via an in-ear heart rate monitor into the Elite Sport. In line with the rest of Jabra’s Sports range, the Elite Sport is deeply integrated with Jabra’s Sports Life app to comprehensively track your own fitness levels and then develop, manage, track and evaluate workouts designed to meet your goals.

Our ability to test this functionality was limited, as the current version of the app available on the Google Play Store doesn’t support the Elite Sport. However, our experiences using the application with other Jabra products suggests it delivers pretty admirably in what it promises.

In the aftermath of Apple finally cutting the cord on the headphone jack, plenty of companies have come out swinging for the wireless earbud market. Though this competition is fierce, Jabra’s Elite Sport simply can’t be dismissed as just another pair of wireless headphones. While some inconsistencies when it came to using them in outdoor environments deserve to be noted, they’re still definitely one of the best – and best looking – true wireless solutions available.

Jabra’s Elite Sport will be available from December for RRP of AUD $329.

Lost! Excuse Me, Do You Sell An Odd Bud? 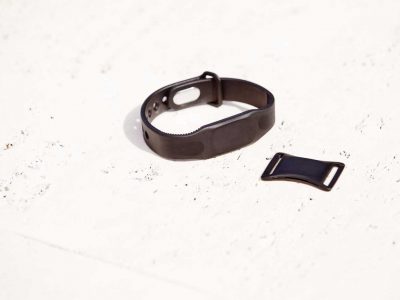