Samsung who have been facing the same headwind as Apple in the mobile phone market, with unit sales falling, due in part to a significant lift in pricing in Australia of their Galaxy S9 range of smartphones is now chasing revenue with a new premium range of Galaxy S10 smartphones that take mobile technology to a new level, included is a new S10/5G model and an all new Fold model.

Seen as the innovator in the mobile phone market the new range consists of four unique devices including a true top end S10+ premium model and affordable premium S10e model that will go on sale in Australia on March 8th.

The new devices are more powerful, slimmer, lighter, and just about everything has been improved including battery life and music output capability.

They are also attractive with Samsung introducing several new vibrant colours and materials.

The company’s newest flagships also take display technology to the next level, offering users a more brilliant and realistic picture, along with an in-display camera design that maximizes screen real estate, and a first-of-its-kind Ultrasonic Fingerprint Scanner. Samsung said ‘Put simply, the Galaxy S10 features the most beautiful display that the Galaxy family has ever seen. If you thought you’d seen immersive before, you haven’t seen anything yet’.

The new range puts serious pressure on Apple who are losing customers due in part to a lack of cut through technology and the shine going off their ‘premium brand image’.

Samsung who are known for pushing the barrier when it comes to smartphone innovation has not let the market down with the Korean Company now giving Apple consumers a reason to switch and as for Android fans a reason to upgrade to a new model Android device that seriously pushes the technology barrier.

There is also new wide-angle camera technology as well as a new Dynamic AMOLED Display.

The new range is also the first HDR10+-certified smartphones.

The difference from previous models that had already set a benchmark for display quality is that the new display delivers not only vivid digital content, with dynamic tone mapping, you’ll see a wider range of colour for a more realistic picture.

As for security Samsung has dramatically improved their fingerprint technology with the introduction of an Ultrasonic Fingerprint Scanner that that reads the 3D contours of your physical thumbprint.

Past models read a 2D image and for those who really need to know the devices deliver the world’s first FIDO Alliance Biometric Component certification.

The entry level Samsung Galaxy S10 not only supports HDR10+ it has a 6.1-inch QHD+ Infinity-O Display with a 19:9 aspect ratio.

The smartphone is powered by a 7nm Qualcomm Snapdragon 855 processor.

The dual-SIM smartphone has 8GB RAM and two storage variants – 128GB and 512GB, apart from support for expandable storage.

The Samsung Galaxy S10 has a 10-megapixel selfie camera too.

The Galaxy S10 comes with a 3,400mAh battery Android 9 Pie with Samsung’s One UI on top. The smartphone supports reverse wireless charging.

the premium top end Galaxy S10+ model has a larger 6.4-inch display, a 19:9 aspect ratio. It has the same processor as the S10 and a triple rear camera.

It has two front cameras and is powered by a 4,100mAh battery. The smartphone also supports reverse wireless charging.

The Galaxy S10 range of smartphones will be available to pre-order in Australia from 9.00am AEDT on February 21, 2019.

Customers who pre-order a Galaxy S10 from participating retailers between 9.00am AEDT February 21, 2019 and midnight AEDT March 7, 2019 will be eligible to receive a bonus set of Samsung’s new Galaxy Buds (RRP $249) *.

The on-sale date for the Galaxy S10 range of smartphones in Australia is March 8, 2019.

Pricing for the Galaxy S10 range: 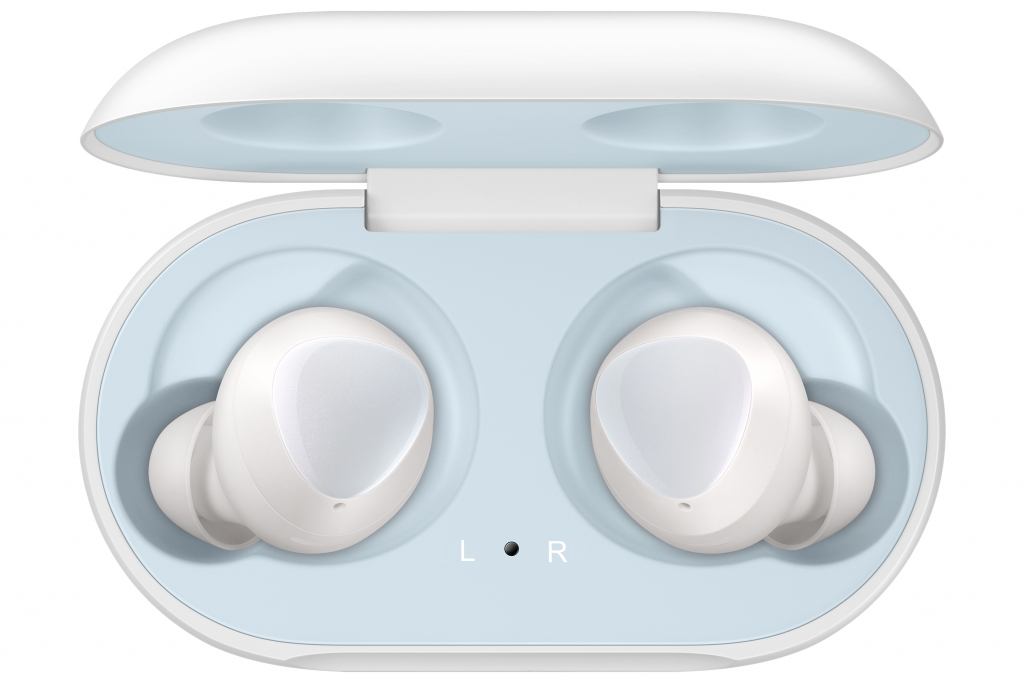 “Since its launch ten years ago, the Galaxy S series has stood for premium innovation – offering consumers an incredible experience, and the ability to find the device that’s right for them,” said DJ Koh, President and CEO of IT & Mobile Communications Division, Samsung Electronics. “Galaxy S10 builds on that incredible legacy, and delivers breakthrough display, camera, and performance innovations. With four premium devices, each built for a unique consumer in mind, Samsung is leveraging a decade of industry leadership to usher in a new era of smartphone technology.”