As Activision Blizzard attempt to inject its workplace with “integrity and inclusiveness,” in the midst of a lawsuit alleging widespread workplace misconduct, J Allen Brack, president of Blizzard Entertainment, is no longer with the company.

Brack will “pursue new opportunities” as Blizzard Co-Executives Jen Oneal and Mike Ybarra bring “a deep commitment to integrity and inclusiveness” and an “unwavering sense of accountability,” according to Daniel Alegre, COO of Activision Blizzard.

America’s biggest video game company was the subject of a lawsuit filed by California’s Department of Fair Employment and Housing. It alleged a “pervasive ‘frat boy’ workplace culture” at Activision Blizzard, where women were routinely harassed.

The suit claims “the company’s executives and human resources personnel knew of the harassment and failed to take reasonable steps to prevent the unlawful conduct, and instead retaliated against women who complained.”

The company’s initial response was to call out “irresponsible behaviour by irresponsible state bureaucrats”, calling it “rushed” and “an inaccurate complaint.”

This response lead to hundreds of employees walking out last week, in protest. Bobby Kotick, CEO of Activision Blizzard, later admitted his response was “frankly, deaf”, promising to “do a better job of listening now and in the future.”

The board is sticking with Kotick, for now.

“First and foremost, the Board recognises and thanks all those who have bravely come forward,” Brian Kelly, the board’s chairman, told CNN Business.

“There is no place for discrimination, harassment, or unequal treatment at Activision Blizzard or anywhere.

“We have complete confidence in Bobby’s leadership. He has successfully led the company for over three decades in a rapidly evolving industry while increasing the value of the company by tens of billions, and has been unwavering in his commitment to create a supportive and respectful culture.

“He understands that the talent at Activision Blizzard is the lifeblood of the company and it’s essential to have a safe, diverse, and inclusive workplace. We are working with him and his leadership team to ensure that action is taken as we move forward and look toward the future.” 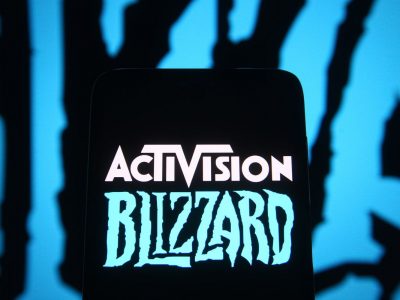