US streaming Company Netflix, now has nearly 5 million viewers in Australia, with competitors such as Foxtel, Fetch TV, Stan and Presto struggling to match the Companies growth that has been achieved in a little over 14 months.

After launching 12 months ago Netflix now has 1,878,000 households subscribing to its service, yet despite these record numbers the Company is still only delivering a fraction of the content that they supply consumers in the US and Europe.

In comparison Foxtel took more than 20 years to reach 2,600,000 subscribers with the Company now relying on the likes of Telstra TV to bolster their subscription numbers. Both Presto and Stan have the issue of converting more free viewers to paying customers.

Part of the appeal of the SVOD services is that unlike Pay TV (Foxtel), there are no lock-in contracts. The other big driver is cost. For virtually the same price as adding Foxtel’s movies package (usually $25 a month), households can subscribe to both Netflix and another SVOD service – and have the advantage of no contracts.

Motley Fool said that the impact of Netflix and to a lesser extent, Presto and Stan, is also visible on the free-to-air broadcasters, Seven, Nine and Ten Network Holdings Ltd.

They went on to say that ‘As much as the three commercial networks like to crow about their ‘growing market share’, the fact remains that their total audience is shrinking as more and more consumers switch off from commercial TV, or watch much less of it’.

They also claimed that there is room for more than one SVOD service in Australia, as the high percentage of dual Stan/Netflix subscribers show. The problems for free-to-air and pay TV operators are only just beginning. 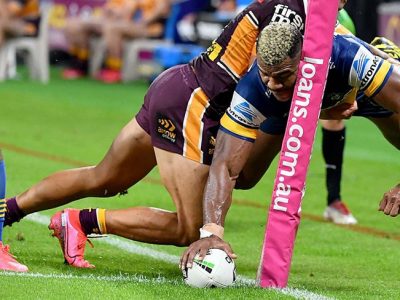