LG has lobbed their credentials on the table and from their new range of 2018 TV’s they are more than well qualified to be one of the key innovators in the TV market especially as they are the primary maker of most OLED TV panels.

Throw in a big dose of artificial intelligence, voice activation and new AI chipsets coupled with LG’s ThinQ technology and what you get is the next level of TV viewing to hit Australia. There is even a new generation of soundbars. In the second half of 2018 LG will roll out Google Assist which is available via a separate speaker with the current range.

LG’s high-end OLED TV is built around a new a9 processor that delivers up to 35% better processing than previous models.

If you want to see how good the new generation of processors are in both the Samsung and LG TV’s all you must do is take a look at World Cup Soccer being played on a TV harnessing the latest in processor technology and a top end Hisense TV. The difference is chalk and cheese with the top end models now delivering sensational motion control.

After all the TV chit chat to sort out what you want to watch via the new LG AI capability the processor then delivers image signal processing smoothing out the images being delivered to the screen, colours are more natural, and a bouncing tennis ball is suddenly crystal clear compared to the same image seen on last year’s LG TV’s.

LG’s ThinQ engine, delivers a host of new capabilities and LG’s wallpaper TV the LG Signature W8 OLED is seriously up there when it comes to picture quality.

The basic design of the W8 is similar to last year’s W7 Wallpaper TV, but it’s no less impressive. The display measures just 0.582 centimetres thick, so thin that it mounts flush against the wall with magnets, without the need to use bulky brackets or pay for custom cabinetry to make it a seamless part of the home.

It’s able to do this in large part by relocating the TV’s internal components—such as the power supply and circuit boards—to an external sound bar. In addition to housing these essentials, the Dolby Atmos sound bar also boasts 4.2-channel sound at 60 watts. On the back of the soundbar you will find four HDMI ports, two USB ports, and connectors for composite video, RF antenna and Ethernet.

After the top end model there is the AI-enabled LG SUPER UHD line-up which is powered by LG’s α7, the same powerful processor found in the LG OLED B8 series.

They also support Dolby Atmos for an immersive audio-visual experience.

All of LG’s 2018 TVs use LG’s WebOS platform for control and instead of having to scroll across the screen one simply gives the TV a command like “start Netflix”.

Pricing for some modes have not been confirmed. 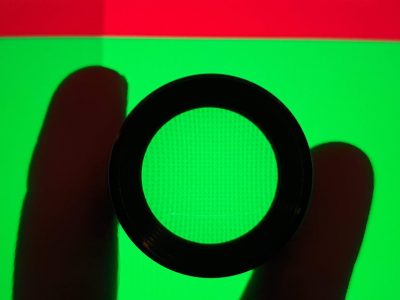