LG Electronics who got out of the 5G smartphone market earlier this year, is according to the Company now testing 6G claiming that they have successfully demonstrated the transmission and reception of 6G data over 100 meters in an outdoor setting with the Company looking to launch 6G technology this decade.

This milestone was achieved in collaboration with Fraunhofer-Gesellschaft, Europe’s largest applied research lab, on July 13 with the data traveling between Fraunhofer Heinrich Hertz Institute (HHI) and the Berlin Institute of Technology in Germany.

As 6G THz has short range and experiences power loss during transmission and reception between antennas, one of the biggest challenges in the evolution of wireless 6G has been the need of power amplification to generate a stable signal across ultra-wideband frequencies.

The power amplifier developed by LG, Fraunhofer HHI and Fraunhofer Institute for Applied Solid State Physics (IAF) was crucial to the success of the South Korean Companies latest 6G test.

The Companies new power amplifier is capable of generating stable signal output up to 15dBm in the frequency range between 155 to 175 GHz..

In Australia LG could enter the market up against Samsung supplying carriers with new 6G technology in the future.

LG was also successful in demonstrating adaptive beamforming technology which alters the signal’s direction in accordance with changes to the channel and receiver position as well as high gain antenna switching which combines output signals of multiple power amplifiers and transmits them to specific antennas.

With global standardisation targeted for 2025 and commercialisation within four years thereafter, 6G networks will be able to support faster wireless transmission and communication speeds with low-latency and high-reliability claims LG.

6G will be a key component of Ambient Internet of Everything, the emerging technology that aims to improve living and business environments by making them more sensitive, adaptive, autonomous and personalized to consumers’ needs by recognizing human presence and preferences.

LG Electronics is leading the way in securing 6G core technologies through a number of early-mover initiatives. In 2019 LG established the LG-KAIST 6G Research Center in partnership with the Korea Advanced Institute of Science and Technology, the country’s foremost research university.

Earlier this year, LG and KAIST brought on board Keysight Technologies a global manufacturer of wireless telecommunication testing and measuring equipment, to take the collaboration to the next level.

“The success of this test demonstrates that we are ever closer to the successful application of terahertz radio communication spectrum in the upcoming 6G era,” said Dr. I.P. Park, president and CTO of LG Electronics. “Our successful partnerships with local and global research institutions and organizations to advance the development of 6G capabilities have been very rewarding.” 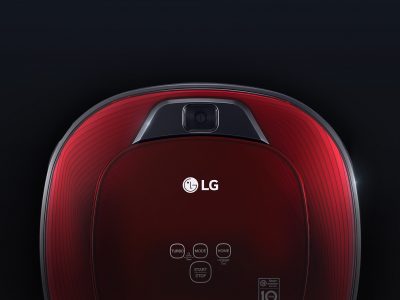