Game of Thrones and HBO are exclusive to FOXTEL in Australia, and the first episode “Winterfell”, streamed on Foxtel Now and aired on the FOX SHOWCASE channel last night to record-breaking viewers.

The final season of the epic fantasy television drama, based on The Song of Ice and Fire book series by George R. R. Martin, has been largely regarded as the most highly anticipated television premiere of all time.

According to Foxtel, the episode reached an overnight linear audience across all airings of 962,000 viewers marking an increase of 17 per cent on the season seven premiere in 2017.

It delivered a total premiere day audience of 333,000 who streamed it live or On Demand across Foxtel Now and Foxtel GO – the biggest daily VPM audience for 2019.

Final numbers have not been collated, but the company expects a continued record-breaking performance.

“The Wall may have fallen but last night’s ratings have rocketed Game of Thrones higher than ever as Australia joined the rest of the world in watching this global television event in numbers never before seen on Foxtel,” said Brian Walsh, Foxtel’s Executive Director of Television.

“Yesterday’s viewership is a testament to the hunger that fans have had over the past two years for the return of the unrivalled action, drama and intrigue that only Game of Thrones can deliver and we are thrilled with the result.”

Game of Thrones is the most Emmy Award-winning primetime scripted series ever, with a record 47 awards.

The six-episode final season will see the conclusion to the epic story of White Walkers and their army of the dead marching on the living and warring Seven Kingdoms of Westeros, with dragons, drama, and a little incest thrown into the mix.

“Frankly, there is no other show like it. It is the television series of a generation,” said Walsh.

Season 8 streams on FOX SHOWCASE every Monday at 11:00am AEST and again at 8:30pm AEST, and can be streamed On Demand following the first showing.

Following each episode of the final season, Foxtel is streaming Thrones 360 LIVE at 9:30pm on FOX SHOWCASE and FOX, a live recap of the show hosted by former Channel [V] and Australian Idol host James Mathison and Stephanie ‘Hex’ Bendixsen along with celebrity guests and Game of Thrones’ fans.

Australia, fantasy, forthethrone, Foxtel, Foxtel GO, Foxtel Now, Game Of Thrones, GOT
You may also like 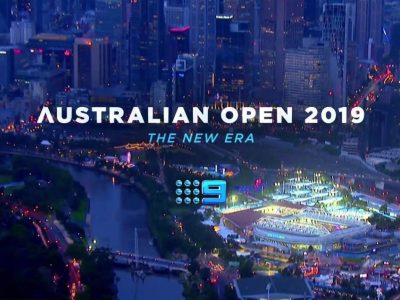