Japanese-based Fujifilm has announced it intends to sue Xerox “as soon as possible”, claiming its [failed] US$6.1 billion merger contract is still valid.

Fujifilm has reportedly engaged lawyers, with a court date imminent.

The US printer and copier manufacturer claims Fujifilm failed to provide audited financials in an “acceptable” time frame, impairing its ability to finalise the transaction.

Icahn and Deason reportedly own over a tenth of the ~US$8 billion company.

According to Bloomberg, Fujifilm COO, Kenji Sukeno, claims the contract which ties the two companies together “is still valid”.

“We will push for the legality of it. There was a legal contract that everyone agreed on, and after that a few shareholders wanted to put a stop to it,” Sukeno adds. 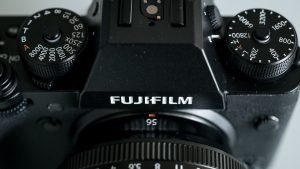 As previously reported, Xerox’s termination of the Fujifilm deal caused a major leadership shuffle, including the departure of many board members and CEO, Jeff Jacobson.

fujifilm, investors, Japan, printing, US, Xerox
You may also like