Whinging and wining Fairfax Media who are desperately trying to prop up their struggling AFR BOSS magazine which has got more attention since 10 branded their new digital streaming service 10 Boss has refused a peace offering from the 10 network.

Earlier today the CBS owned Channel 10 moved to rebrand their service 10 Bold. Fairfax being Fairfax rejected the move. In a statement the Ten Network said.

“There is so much to love about 10 Boss – the brand, the attitude, the position. 10 Boss does a great job of representing the slate of drama, action, live sport and kick-arse programs it airs. We invested heavily in making it great and it looks really really good next to all our new brands – 10, 10 Peach, 10 Play, 10 Daily and 10 All Access. Viewers are digging it!

“But some were not so happy, as so often is the case. And it didn’t take long for Fairfax Media to voice their displeasure at the name.

Fairfax and Nine thought we were trying to rip off their BOSS brand. Really!

“Anyone that knows 10, knows we’re no Grinch.

So, in the spirit of giving and as an early Christmas present to our friends at Nine, we’re flicking the switch to 10 Bold. That’s right, from tonight 10 Boss will become 10 Bold. We think it’s better to be bold than bossy.

“We want to start 2019 fresh with a great suite of channels and with brands that work. We want to focus on creating great content for our viewers.

The Nine Network who took over Fairfax after the controversy blew up issued a statement after Ten conceded and changed the name claiming “We welcome the decision of 10 to rebrand their channel from 10 Boss in recognition of the heritage and value of AFR’s BOSS magazine. However, the matter remains before the court.”.

As one observer said “There is nothing like Christmas to bring out the worst in someone and Fairfax obviously feel bitter about the fact that Ten have done a better job of getting the Boss name out there. The AFR Boss brand has gone nowhere for years and now they are trying to pump it up”. 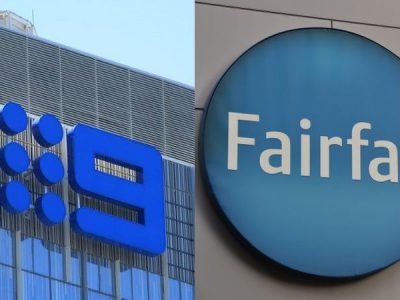