EXCLUSIVE: The Australia mobile phone market witnessed some massive swings in the last two quarters of 2015 according to new IDC data, big losers were LG, Telstra, Vodafone, HTC and Blackberry, also struggling to hold onto share was Samsung.

Overall the market grew by 26.7% during the last two quarters of 2015.
The big winners were Apple with 45% growth while Alcatel grew share by 69% to capture the lion’s share of the smartphone value market.
Also making a strong comeback was Microsoft who have captured 3.5% of the market over Q3 + Q4, the big software Company went from 68,745 units in Q3 to 100,413 units.
IDC attributed this to new model Window phones and the opening of the Microsoft Shop in Sydney.
Apple lifted their share over the two quarters from 924,626 thousand units to 1,344,353. While Samsung only managed to grow share by 1.9% from 619,894 to 631,958 units.
According to Bilal Javed, Market Analyst at IDC Australia Apple benefited from new demand emerging from the commercial market where customers are demanding better security and business features.
He said that Samsung will get a lift from the launch of their new Galaxy S7 which goes on sale next week in Australia.
He said that better battery life and new commercial business features will help Samsung to grow share.
At the bottom end of the smartphone market Sony was only able to sell 9,434 smartphones despite the launch of a new Xperia Z5. They were beaten by Oppo who sold 9,854 units Dick Smith stores.
According to Oppo sources the Company moved to “discount” models via the now liquidated Dick Smith stores.
The big winner was Chinese Company Alcatel who is now the #3 mobile phone provider in Australia. They have several new models including a new Idol 4 coming soon.
HTC who once held the #3 slot saw their share fall from 82,800 units in Q3 to 76,347 in Q4, overall sales declined for HTC 7.2% over the two quarters.
Another big loser was LG who saw their share slide by 17.3%, they are hoping to recover share this year with the launch of the G5.
Another big winner was Huawei who grew share from 52,412 units in Q3 to 79,546 units in Q4 to record 51.8% growth.
At Telstra it appears that house brand mobiles have peaked with the big carrier witnessing a 2.6% fall in market share.

alcatel, Alcatel One Touch, smartphones
You may also like 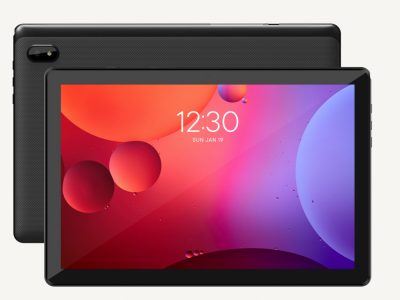