As retailers Harvey Norman and JB Hi Fi report record sales and Wesfarmers stores surge, David Jones has gone in the opposite direction with sales slumping 11.7%  for the first 20 weeks of the year.

David Jones Victorian store sales crashed over 76% with the only light at the end of what appears to be a bleak tunnel for the retailer was a lift in online sales which did nothing for the retailer’s bottom line.

June-half losses blew out to $53 million as sales fell 17.2 per cent, plunging as much as 36 per cent in March and April, online sales doubled.

Two of the best performing categories was homeware and appliances.

Woolworths Holdings said inventory levels remained well managed, assisted by the shift to online across all businesses, but the pandemic continued to disrupt supply chains locally and globally, which it was monitoring carefully.

“The 12-week lockdown in the state of Victoria negatively impacted sales growth for the current period,” the group said in a statement to the South African Stock Exchange late on Thursday.

“This was partially offset by the ongoing shift to online, which continued its growth momentum.”

Excluding the Victorian stores – which traded 76 per cent lower on the prior period – the department store grew sales by 6.7 per cent. The shift to online contributed 19.6 per cent to total sales over the period.

This wasn’t enough to turn around continued falling sales at the department store and Victoria’s ills, with David Jones posting that sales declined by 11.7 per cent for the 20 weeks to November 15 and by 14.6 per cent in comparable store sales. 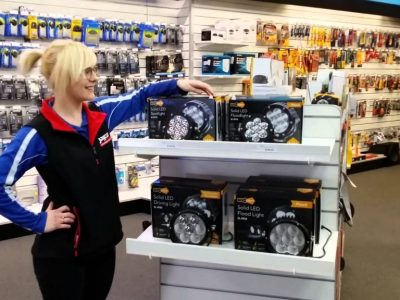