UPDATED: Confirmed, Listed Company That Flogged Video’s To Retailers Was Run By A Convicted Blackmailer

Listed video engagement Company Big Un who spruiked retailers and who was earlier this month was suspended by the ASX, has triggered a tightening of rules after it was revealed that the Companies CEO Richard Evertz, had a criminal conviction and was imprisoned in 1994, the ASX has also confirmed that statements made by the Company are now under investigation.

Big Un who has claimed on multiple occasions in the past, that the Company had formed a JV with Intermedia, the publisher of several trade magazines including Appliance Retailer responded to earlier claims that their CEO had a criminal conviction by advising the market on March 8 that “Mr Evertz does not have a criminal record”.

This was proven to be not true, with the Financial Review today publishing Court documents that clearly show that Evertz was convicted and sent to prison for blackmail in 1994.

It also appears that Intermedia has become an innocent victim as evidence emerges that Big Un executives have made false claims about a relationship with the trade media Company.

The Company relied on a National Police Check performed in November of 2014 prior to the reverse listing in respect of the period prior to that time, and upon a statement of Mr Richard
Evertz for the period subsequent to that time, in making this statement. The National Police Check indicated that there were no “disclosable court outcomes” or outstanding matters in
relation to Mr Richard Simon Evertz.

At all times the Company was aware of the offences in the media reports but formed the view that at all relevant times they were spent convictions that did not require disclosure.
Accordingly, on 8 March 2018, the Company indicated “all relevant disclosures were made to the market in the prospectus published by the Company as part of its re-compliance listing in
2014.”

The Financial Review said that ‘Incredibly, at the time of publication, this assertion remains uncorrected on the ASX platform”.

They also established a call centre that then spruiked former Intermedia trade publication subscribers in an effort to sell them video exposure on YouTube according to their annual report.

ASX executives said that “Whenever the ASX detects this sort of behaviour it will not hesitate to suspend the entity, query it and require it to correct any inadequate or misleading disclosures,”

ASX boss Dominic Stevens claims that effective immediately the ASX will require all directors or proposed directors “to provide evidence of their good fame and character” – and the same goes for “those involved in management of a company where ASX suspects that the reason they are not joining the board is to avoid those checks for directors”.

Currently the Company is under investigation by both the Australian Companies and Securities Commission and the ASX.

We also believe that the Australian Competition and Consumer Commission have been approached over concerns that retailers were misled by Big Un sales staff working in call centres.

What we do know is that several statements made by the Company are now being investigated and those involving Intermedia appear to be false according to a statement made by solicitors representing the media Company.
In 2016 Big Un posted a video to YouTube and made public statements claiming that they had a JV venture with Intermedia.

Then in their annual report posted to the ASX in June 2017, the Company claimed that ‘A significant part of the Company’s growth strategy continues to be the development of partnerships and strategic alliances with other relevant businesses and organisations.

They said that ‘2017 saw the forming of a joint venture agreement with The Intermedia Group Pty Ltd (TIG) through which it has jointly produced the Wayfarer Executive Travel Series. The show combines both existing BIG video content and new content in a format that holds significant appeal to advertisers and sponsors.

Big Directors went on to claim that ‘TIG is one of Australia’s largest business to business publishers and has extensive reach into Australian business decision makers, managers and owners. TIG engages their audience on a daily basis through a suite of print, digital and face to face media. Its online and print publications include Professional Beauty, Hospitality, Australian Hotelier, Bars and Clubs, Hotel Management, Appliance Retailer, Spa and Clinic, Fox Sports Venues and Instyle.

It has readership of over 500,000 professionals throughout Australia and New Zealand. BIG has access to this audience and is able to market its video products in a targeted way using the auto-gen technology. In March 2017, the Company completed its acquisition of TIG’s hair, beauty and aesthetics publishing division BHA Media Pty Ltd (BHA). BHA is the hair and beauty arm of TIG and has historical advertising revenue of $3m per annum and relationships with over 36,000 publication subscribers.

ChannelNews has been told that Intermedia never proceeded with any joint venture with Big Un Limited. Shortly after the plans were announced and before any steps were taken, the agreement was abandoned. We have also been told that Intermedia did not supply Big Un with databases outside of the three subsidiaries of Intermedia, Food and Beverage Media Pty Ltd, BHA Media Pty Ltd and A List Guide Pty Ltd that were sold to Big Un.

The ASX has told ChannelNews that several statements made by Big Un are currently being investigated.

Follow this link to ASX statements made by BIG UN that are now under investigation.

Big Un, Richard Evertz, The Intermedia Group
You may also like 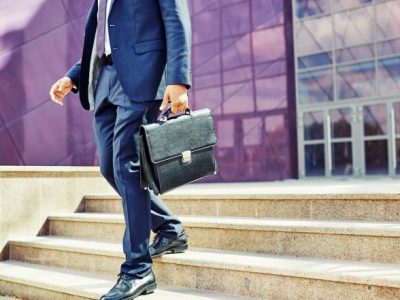