Buying a Sonos sound system leaves you at the peril of a Company who believe they can switch you off from their proprietary system at any time as they have just clearly demonstrated, this is an operating system system that buyers of a Sonos system have complained about for years.

Their recent ill-fated exercise to nobble speakers to force a new sale, saw early adopters of Sonos networked sound systems, facing the real possibility that they would have to upgrade to a new Sonos system or junk the brand for a superior sound system.

The decision was reversed within 48 hours after hundreds of customers complained about the cynical and ill thought out marketing exercise to try and grow sales by telling customers that their proprietary software would not support their old Sonos hardware a move that has since proven to be “pure bullshit” as one angry customer said.

When you buy a Sonos speaker you are locking yourself into a closed proprietary system that Sonos is in control off. This means that Sonos can kill off its products whenever it wants, and there’s not much you can do about it, this includes Sonos speakers, Zone Players and Connect: Amp products that are constantly getting bug fixes or upgrades.

The problems associated with integrating a Sonos system with a problematic proprietary network has seen users complain for several years.

One contributor called SPC wrote on the Sonus forum “I want my money back because I am sick of my non-playing Sonos. I don’t care what they say about wi-fi, I don’t want to spend my time trying complex reconfigurations on my wi-fi set up because Sonos cannot sort out their own tech. It has got to the point where I am considering taking this to trading standards and the community is so angry that Sonos are going to end up with horrendous reviews on all the tech sites”.

Grandma Buggins another Sonos sound system owner wrote ” I think that I agree with you. I have been reading these questions and topics for quite a while. There never seems to be an explanation or a fix for the problems. I am more than a little disappointed with the whole Sonos set up. I thought that I was purchasing a good brand. My advice to anyone contemplating purchasing a Sonos sound system is Don’t!”.

An experienced coder wrote “As a network administrator and code writer I agree. You should not have to reconfigure your network just to fit Sonos. I would like my money back and the hour worth of time to try to set up this sloppy garbage” He suggested a fee of $600 an hour. Sonos is struggling because organisations such as Denon, Bowers and Wilkins, Harman Cardon as well as Google and Amazon with their Echo speakers are not only delivering superior speakers to the Sonos offering they are delivering voice activation.

Sonos is currently trying to sue Google claiming that they copied Sonos designs. Some claim this is hard to believe as Google does not use their proprietary system and has a native Google voice engine built in.

Suing competitors when the going gets tough is not a new exercise for Sonos who struggles to make a profit.

Back in 2014 Sonos sued Denon’s parent company Sound United only to reach settlement with Sonos over what they claimed was patent infringement by Denon’s HEOS wireless speakers. Ironically the settlement came weeks out from Sonos floating the Company

Sonos sued Denon back in 2014 as it said the HEOS line-up was too like Sonos’ own and infringed on at least four of its patents.

“Our direction with HEOS is unchanged, and we’ll continue providing amazing-sounding solutions globally while furthering our vision of delivering joy to the world through sound” Kevin Duffy, CEO of Sound United, said in a statement when Sonos backed down.

A spokesperson for Sound United confirmed that the HEOS range will remain unchanged, Sonos did not release the terms of the agreement. 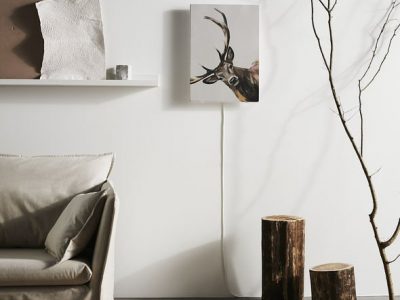