Fast-growing, youth-focused Boost Mobile has today announced it has secured more than 7 per cent of the Australian pre-paid market.

This amounts to more than 700,000 Aussies on its network, a doubling of the telco’s market share in the last four years.

Boost has now set its sights on one million users, representing over 10 per cent of the prepaid market. It hopes to capture this “in the short term” as the company shores up plans to expand into new market areas.

“For more than 20 years, Boost Mobile has made it its mission to fight for Australian customers, give them a great deal and make sure they know we are focused on them and their needs. Now more than ever before Australians are responding in record numbers,” said Peter Adderton, Founder of Boost Mobile (pictured below).

“While external factors are certainly important, we believe this is also a result of a very clear strategy and practical and authentic execution. This is about delivering products that are relevant to the consumer, are great value, making sure we engage with and support our customers, and knowing this is all done on the full Telstra mobile network.” “Despite the marketing spin seen elsewhere, we know the great significance of the full Telstra network. It means we are for all Australians, not just some Australians, and that comes from being available with great service in more than one million more square kilometres than any mobile network. That matters and isn’t spoken about nearly enough.”

Boost Mobile today was named by Mozo as a People’s Choice Award winner in 2022 for “Outstanding Customer Service”, “Most Recommended” and “Network Reliability.” These are public-voted categories.

“We aren’t resting on our laurels. These latest figures show that Boost Mobile is taking it to the big guys and whether there is network ownership or not, we have a plan to make sure Aussies are getting the best deal, on prepaid and beyond. We also thank Mozo for recognising the support and loyalty of our customers and their willingness to recommend us.”

boost mobile, mozo, Peter Adderton
You may also like 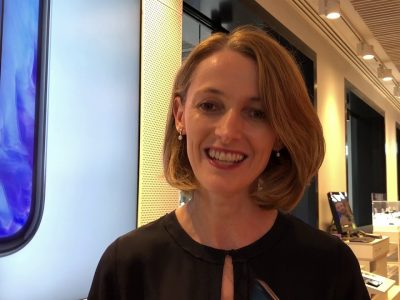