The group pledged to launch Birde (RRP $299 bundle with content disks) in Aussie stores by Christmas.

The smart media player allows kids to safely and independently control media, simply by tapping a ‘Birde Seed disk’ on the speaker.

Content is stored on hexagonal disks, and is tailored for young children. Partners include ABC Kids, Dinosnores, StoryBots and more.

With no access to the internet (or advertising), children over one years can independently interact with Birde to listen to music, play video, interact with audiobooks and more, when synced to a connected smart device (e.g. TV). 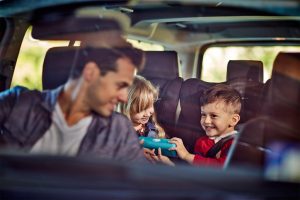 Parents can also control the device and amend settings via smartphone/tablet app.

The company claims the world-first device is a game changer for families, allowing young children to play with technology in a safe way.

The Good Design Awards are among Australia’s most prestigious international awards for design and innovation, attracting a record number of submissions this year.

The jury praised the smart media player for helping kids learn to read without a screen, keyboard, mouse or remote control – and the fact it’s washable.