After being dropped by local distributor Aquipa, Bang & Olufsen has continued to report losses and a slump in revenue of more than 30% with analysts now concerned that the impact of the Coronavirus could cause more problems for the Danish Company.

Recently the Company reported another net loss of US $6.7M in the last quarter despite this normally being a strong quarter for brands.

The Company said that excluding the effect of currency hedges, gross margin declined by 4.6pp.

The decline was primarily related to sales of end-of-life products and sell-out allowances which supported the inventory reduction at retail level.

The maker of high end sound gear claims the downturn is due to a switch to a new retail strategy and a reduction of retail inventory which ChannelNews has been told mounted up due to poor demand for the Companies B&O Play products which many retailers in Australia stopped selling.

At this stage it’s not known if any other retailer has been appointed to handle the brand in Australia due to the rights to the Australian market being via Singapore distributor MJ Group who according to sources left “not enough margin” in a local deal.

Early in 2019 The Kennedy Luxury Group also got out of a relationship with Bang & Olufsen resulting in the bulk of the Bang & Olufsen stores being closed down.

Earlier Bang & Olufsen slashed its full-year fiscal 2020 outlook after sales in November were much worse than expected.

It said at the time that full-year revenue was set to be between 13% to 18% below last year’s level with the adjusted EBIT margin seen at minus 4% to minus 9% and free cash flow at between negative DKK100 million and DKK150 million.

“The results were impacted by the ongoing transition towards a demand-driven retail model and the relatively low number of product launches in the previous quarters,” Chief Executive Kristian Tear said.

“We have already initiated sales and marketing initiatives to address the challenges,” he said. “In combination with several product launches in the coming quarters, the changes will contribute to improving our results in the second half of the financial year.”

The company is preparing a three-year strategy plan that will be presented at a capital market day on April 3.

bang & olufsen, Bang & Olufsen profits
You may also like 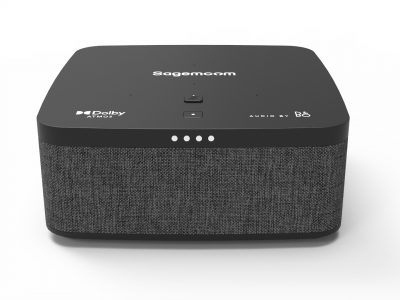