Home > Latest News > Bagless Vac Boss Heads Back To UK, As Controversy Blows Up Over Text Messages To UK PM

Bagless Vac Boss Heads Back To UK, As Controversy Blows Up Over Text Messages To UK PM

Sir James Dyson the bagless vacuum cleaner billionaire is humping it back to the UK after a two-year hiatus in Singapore but not before a controversy erupts over his text messages to UK PM Boris Johnson’s private mobile.

The PM promised Sir James he would “fix” an issue to ensure Dyson staff weren’t stung with a tax bill if they came to work on emergency ventilators in the UK.

Mr Johnson defended his actions yesterday saying he would make “no apology” for doing everything to make sure the NHS didn’t run out of ventilators.

Two years ago, Dyson set off for the tax haven of Singapore, with an ambition to build electric cars however this project bit the dust now it’s emerged that he has switched his residency from Singapore back to the U.K.

It also appears that the Dyson HQ is also back in the UK.

Dyson, 73, now primarily lives in the U.K., according to filings for companies the billionaire controls including his family office Weybourne.

Similar filings cited Singapore for the entrepreneur’s residency in 2019 after his company said it would move its head office there as the maker of bagless vacuum cleaners focused increasingly on Southeast Asia.

“We do not comment on private family matters and nothing has changed in respect of the company,” a Dyson spokesperson said. “The structure of the group and the business rationale underpinning it are unaltered.”

Now he’s at the centre of another controversy after initially writing to the Treasury, but when he failed to get a reply reached out to Johnson, sparking concern over whether the Prime Minister followed procedures to disclose the messages.

Johnson was forced to defend his actions in parliament on Wednesday.

“I make absolutely no apology at all for shifting heaven and earth and doing everything I possibly could as I think any Prime Minister would in those circumstances,” he said during Prime Minister’s Questions.

Fed Up Of Emptying Your Stick Vac? LG Has A Neat Solution Coming 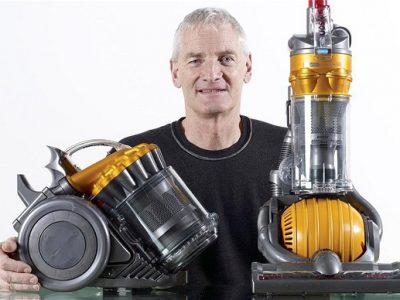 Dyson Wants You To Pay Close $699 To Straighten Out Issues