Apple has had a shocking weekend when compared to previous iPhone launches.

The Apple faithful failed to turn up in droves for the new iPhone 8 and even Apple fan Mazen Kourouche who camped outside the company’s Sydney George street store for 10 days said that he was disappointed and that he was giving his new iPhone 8 to his mother.

Like a lot of people, he wanted the tenth anniversary edition iPhone X.

After several bad reviews, several questions are being asked about the iPhone 8 which some publications claim is “full of nasty” surprises.

Leading US publication Forbes has shredded the new Apple device especially as iPhones have a shocking reputation when it comes to battery life.

They claim that after last week waxed lyrical about the new device and in particular the efficiency of its new A11 Bionic chipset which is at the heart of the iPhone 8, iPhone 8 Plus and iPhone X that a lot of Apple’s claims don’t stack up.

A standout figure was that the A11 is 70% more efficient while idle than the A10 in the iPhone 7 and iPhone 7 Plus.

They say that if one goes to Apple’s own comparison page and the company simply lists these new, more efficient iPhones as having identical battery life to their more inefficient predecessors.

Why? Because it has just been confirmed Apple used the A11 Bionics’ efficiency as an opportunity to fit both the iPhone 8 and iPhone 8 Plus with smaller batteries.

iPhone 8 and iPhone 8 Plus battery life is literally listed as being no better than their predecessors.

The big shock is the iPhone 8 Plus which is fitted with a 2,675 mAh battery – the smallest capacity ever seen in the Plus range and over 8% smaller than the battery in the iPhone 7 Plus.

Meanwhile the iPhone 8 has an 1,821 mAh battery which is over 7% smaller than the iPhone 7. The iPhone X battery capacity is currently unknown.

It was only last year that Apple was claiming that by removing the headphone jack they were able to use larger batteries?

The iPhone 6 and iPhone 6 Plus – which both featured a headphone jack – had battery capacities of 1810 mAh and 2900 mAh respectively.

Meanwhile the Galaxy S8 has a 5.8-inch display in a chassis substantially smaller than the iPhone 8 Plus, fits a headphone jack, IP68 water resistance, fast wired and fast wireless charging and has a 3000 mAh battery.

Then there is the issue of brightness of the new Apple offering.

The star feature of the iPhone X is its massive display which ironically is the same display in the new LG V30 and the Samsung Note 8.

While the world applauded Apple’s jump not only to 5.8-inches, but also for the long-awaited shift to OLED what was missed is a key detail about the display itself. The brightness is far from class leading.

Look carefully on the iPhone X’s official spec page and you will notice right at the bottom of the screen specifications is the brightness listed as “625 cd/m2 max brightness (typical)”.

Not only is this nit rating no better than the LCD-based iPhone 8 and iPhone 8 Plus, but it is demolished by pretty Apple’s biggest rival.

The iPhone X OLED display is no brighter than the LCD panels in the iPhone 8 and iPhone 8 Plus.

Displays of the five-month-old Galaxy S8 and Galaxy S8 Plus deliver 1,000 nits while the Galaxy Note 8 almost doubles the iPhone X with 1,200 nits. And who made the iPhone X display? Samsung.

Even HMD’s first Nokia-branded flagship the ‘Nokia 8’ manages 700 nits so the iPhone X’s rating is something of a surprise – especially given who made it.

There is also another big problem for Apple and their legion of loyal fans, the device has limited network frequencies which means the device could have problems in Australia on a 5G network, for example if you are in the USA you will struggle to get traction on T Mobiles brand new multi-billion-dollar 600MHz ‘Extended LTE’ network.

As for getting answers from Apple forget it. This is an organisation that runs press conferences but does not allow journalists to question senior executives. They are also an organisation who hand pick journalists they want to gush on ab out their products. These are the journalists they fly round the world business class, put them up on 5 and 6-star hotels and then use their reviews to tell the world how good Apple products are.
This time round the reality is that when new iPhones hit the market, they usually fly off the shelves. But with the two models that began selling on Friday, there are signs demand is not there and that consumers have seen through the Apple product spiel. 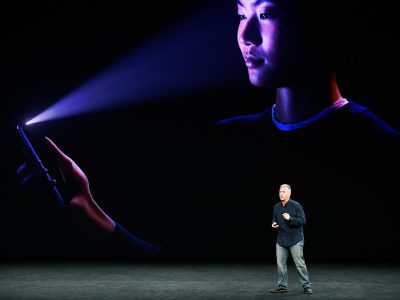 HDMI Bug Could Nobble PS5, Xbox Series X On 2020 Receivers
Console Denon Gaming
//
Jake Nelson
/
0 Comment
An embarrassing bug has surfaced in a number of 2020 AV receivers which could see them unable to pass through... Read More