The headphone market has been lucrative for the likes of JB Hi Fi and Harvey Norman with brands such as JBL surging during the past few years, even mid-range brands such as Jam and Marley have seen growth, now the battle is all about in ear buds as consumer demands move in a new direction.

Counterpoint Research forecast that around 310 million wireless earphone units will be shipped in 2021, up 33 percent from last year. Shipments of wireless earphones jumped by 78 percent in 2020 from a year earlier, spurred by strong consumer demand for low- to midrange offerings.

The brands that are now in demand are being manufactured by the likes of JBL, Apple, Samsung with their Galaxy brand as well as the likes of Bose. LG and Jaybirds.

Sennheiser a strong player in the over ear headphone market has been sold due in part to the German brand struggling in the buds and active noise cancelling market.
The new owners of the Sennheiser consumer business is Sonova Holding AG, which specialises in hearing aids and cochlear implants they are believed to be working on a new range of buds and in ear listening products that could hurt the likes of Jabra who are seen as a niche player in this market.

Now wireless earbuds with active noise cancellation are hot sellers after Apple set the pace in 2019 with their then wireless AirPods Pro offering.

Analysts expect Apple to sell over 100 million sets of the devices in 2022 if the US tech giant rolls out a second-generation follow-up, the rumoured AirPods Pro 2 in August.

Now brands are trying to grab a share of this market with LHG who recently got out of the mobile market playing in this space.

Many such as Samsung are offering a new line-up of wireless earbuds with more features, especially better ANC functionality.

Samsung Electronics will reportedly incorporate ANC into the Galaxy Buds 2, a sequel to the Galaxy Buds+, a model that generated positive reviews last year yet lacked noise-cancelling technology.

Samsung did include ANC technology in the high-end Galaxy Buds Pro, launched earlier this this year, but rumours that the cheaper Galaxy Buds 2 would be similarly equipped have exited retailers who see them as an entry level model that could lead to a more premium model sale.

One retailer said that if Samsung’s new earbuds come with the same ANC technology used in the Galaxy Buds Pro, “Samsung may finally have an AirPods Pro killer on its hands.”

Their new earbuds are reported to showcase more powerful noise-cancelling technology, signalling the company’s future focus after it decided to wind down its loss-making mobile division in April. JBL a powerhouse in the headphone and buds’ market have gone for range with consumers offered multiple options from the Harman owned business.

Another big player in the headphone market is Sony’s who have recently released new wireless ANC earbuds.

Among them will be the WF-1000XM4 this latest model comes in an all-new design, with a new charging case and a new processor on top of noise-cancellation technology.

There is also support for audiophile-grade codec LDAC, a technology that allows high-resolution audio files to be streamed over the Bluetooth network.

Despite a high price tag Sony’s WF-1000XM4 sold out at many offline and online stores around the world, reflecting pent-up demand for high-end ANC earbuds.

Bose, a front-runner in active noise-cancelling technology, is also trying to stake out a share in the consumer market pushing their new, QuietComfort offering.

Bose whose brand has lost traction over the years is now trying to regain lost ground.

Among airline flyers they were seen as having an excellent ANC offering but this market has evaporated due to COVID-19 restrictions. 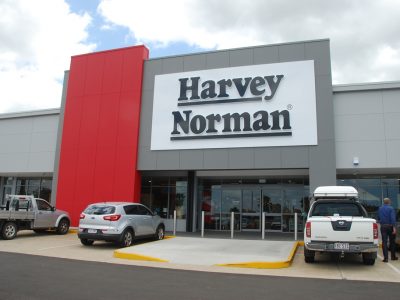