Spec for Spec the all new Mac Pro desktop which was long overdue a major overall is still not as powerful as the new Acer top end Concept D Creative machine that are due in Australia in the last quarter when the new Mac Pro machine is due.

Last night Apple revealed totally overhauled Mac Pro which has not been updated for 6 years, the new machine will use a single Intel Xeon processor, have expandable memory slots for up to 1.5 TBs of additional memory, and a Radeon Pro 580X graphics card.

The new Mac Pro has only one 8-core Intel Xeon CPU and 32GB RAM and is optimized for expansion of additional memory units and graphics cards and is capable of housing a 28-core Intel Xeon chip and as much as 1.5 terabytes of memory.

In comparison the new Acer Concept D 900 workstation is powered by two Intel 20 core Xeon Gold 6148 processors Nvidia Quadro RTX 6000 graphics cards, support for up to 192GB of ECC memory and tons of room for expansion.

Apple who are known for overcharging for PC upgrades are still trying to gouge additional revenue from expansion needs.

The graphics on the new Mac Book Pro are integrated using Apple’s new Infinity Fabric Link to deliver data between the components faster than traditional PCIe buses. A

The Apple offering comes in a sleek stainless-steel tower body, with large stainless-steel handles. There are three fans which are designed to move air through its circular lattice heat sink vents, compared to the Acer Concept D which is remarkably quiet the Mac Book Pro is noisy.

External expansion is possible via the two USB-A and two Thunderbolt 3 ports. Additionally, internet connectivity can be delivered by its two 10-gigabit Ethernet adapters.

The base model includes a 256 GB solid-state drive for storage and, along with the Radeon 580X GPU, Apple’s proprietary Afterburner hardware FPGA, which allows the device to process and play back three streams of 8K video simultaneously.

This entire base package starts at $5,999 climbing to over $20K when fully configured. 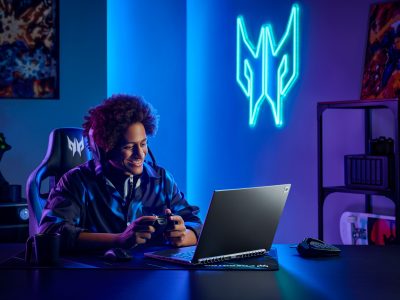 Will Apple’s Next Mac Pro Beef Up Its AMD Graphics?

Apple Mac Pro Has Nothing On Dell’s $200K Workstation