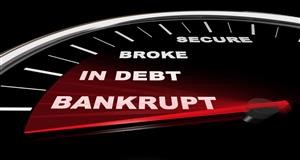 Around Australia landlords who have rented space for Dick Smith or Move stores are facing massive losses if the receivers fail to provide a buyer so are hundreds of suppliers many who have tried to get stock that has not been paid for returned.
Questions are also being asked of the Company’s auditors Deloitte who signed off the Companies accounts back in August 2014 despite their being clear information in the market that the Company was struggling due to cash flow issues.
What suppliers want to know is why Deloitte who have had a long time relationship with Dick Smith didn’t raise red flags about refinancing problems and inventory issues.
Even back in August ChannelNews knew the Company was struggling to raise revenue and had moved to heavying suppliers to invest marketing dollars into the Company up front prior to June the 23rd.
Back in May we highlighted the fact that Dick Smith had not placed orders on vendors due to cash flow problems.
See story here.
We also pointed out back in April 2015 that Dick Smith was sacking staff, cutting costs while demanding higher CO-OP investments from retailers.
See story here.
The question now is why Deloitte was not able to identify these problems when senior staff were telling ChannelNews that the Company was in serious financial difficulty.
One person who blatantly lie to ChannelNews was Marketing Director and head of Buyer Neil Merola. On several occasions we asked Merola to respond to our questions concerning the health of the Company.
His most common line was “Who is feeding you this bullshit, trust me there is nothing to the claims” it pure fantasy on somebody’s part”.
THE AFR said that Deloitte gave Dick Smith’s 2014-15 finances a clean bill of health in August.
Deloitte earned $338,000 for conducting the audit of what now appears to be a set of dodgy books, in addition to $103,927 for other services rendered.
On Tuesday, Dick Smith was placed into receivership by major lenders NAB and HSBC after weak sales and cash generation in the crucial Christmas trading period.
Poor inventory management is being blamed for the collapse, following a $60 million write down last November – a 20 per cent reduction in the value of Dick Smith’s stock.
The Australian has reported that there has been a mixed reaction by market observers yesterday, with several long-term criticisms about the sustainability of the business re-emerging. Others expressed shock at the quick undoing of the retailer, which had traded above $2 a share as late as August last year.
Dean Fergie, of Cyan Investment Management, said he was surprise that what appeared to have been a “reasonably solid business” six months ago had entered receivership.
“It appears there were some ?serious underlying issues that the market and potentially even the management were unaware of,” Mr Fergie said.
But he said there would be limited interest in Dick Smith’s store network from other large retailers, although its chain of Move outlets at airports could attract buyers.
“The low to mid-end home electronics market is pretty dead. Aldi and the supermarkets are coming in and JB Hi-Fi has the higher end, so they are being squeezed from both ends,” he said.
Evan Lucas, an analyst at IG Group, said any buyer of Dick Smith faced a situation where it was the market’s third player, with higher costs than JB Hi-Fi, while lacking Harvey Norman’s diversified product range.
“That’s why over the last two year’s JB Hi-Fi have diversified into home appliances, and Dick Smith has only had one option which was a high-turnover business,” Mr Lucas said.
“There’s been a lot of questions around the Dick Smith branding, the use of their own private brands, which is a major part of the inventory issue first raised in November.
Nick Abboud, the company’s chief executive, had originally forecast earnings of up to $48m, before reducing it to between $37m and $43m, and later ditching the forecast alto?gether.
That pushed the shares more than 80 per cent lower, with the company last trading at 35.5c on New Year’s Eve.
Harvey Norman chairman Gerry Harvey said it was clear that the Dick Smith business “had run its course”. He said: “Woolworths couldn’t keep it, they knew they had to get rid of it, and suddenly it goes from being worth nothing to being worth $500m, then suddenly nothing again.
“Every time a competitor disappears their opposition benefits. It won’t just be Harvey Norman, it will be JB Hi-Fi and the Good Guys as well.