Western Digital’s CEO has offered his apologies to Toshiba’s Chief Executive Officer, Satoshi Tsunakawa, for “friction” amidst discussion of the sale of the Japanese manufacturer’s memory chip business.

Ties between the two companies became especially strained after the American firm sued Toshiba to prevent the chip business being sold to other rival bidders.

A letter dated August 11th, written by the CEO of Western Digital was leaked – and whilst it’s unclear what impact the letter had, by mid-August both companies put aside their dispute and tried to entertain a serious negotiation.

In the end, both parties failed to reach a deal by the deadline of August 31st. This puts Toshiba at possible risk of being delisted from the Tokyo Stock Exchange.

Despite this, on Thursday Toshiba said it would continue talks with the Western Digital led consortium, as well as two other interested suitors, led by Bain Capital and Taiwan’s Foxconn.

“I am not a litigious person by nature. Personally, I have never sued anyone. I understand that the litigation and ongoing disputes have created significant ill will for some within Toshiba. This is regrettable and I am deeply sorry for the feelings this has created.”

The letter also revealed Mr Milligan reassured Toshiba that it would address any concerns Apple may have with the deal.

Sources state that Apple (a key customer of Toshiba NAND flash memory chips) was somewhat concerned with potential pricing power held after the deal – Toshiba is the world’s No. 2 producer of NAND chips whilst Western Digital is No.3.

In the letter, Mr Milligan also revealed they would only hold convertible bonds, no voting rights nor board seats, after the acquisition.

In the letter Mr Milligan suggested both parties come together to alleviate Apple’s concerns, in light of Western Digital holding no management role:

“We are highly confident that Apple will understand this structure and be comforted by it”.

In the letter, Milligan noted that any delays could see rival Samsung Electronics extend its lead in advanced 3D chips, as they were “down to only a very small number of outstanding issues”.

Mr Milligan affirmed that he would drop all legal action from Western Digital, once a deal had been agreed upon with Toshiba:

“As you know, time is not our friend… The only people benefiting from this prolonged dispute are the competitors to our joint ventures”.

Both Western Digital and Toshiba have declined to comment on the letter at present. 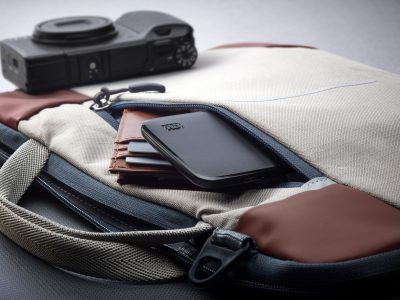 Taiwan Surging To Record Chip Production, Still Not Enough
Latest News
//
Luke Anisimoff
/
Comments are Off
With the consumer electronics and automotive industries crying out for semiconductors, Taiwan’s production looks like leaping more than a quarter... Read More