Virtual reality is coming to roller coasters by virtue of a partnership between Samsung and Six Flags Entertainment Corporation.

“Some of Six Flags’ most popular coasters will be equipped to allow riders wearing Samsung Gear VR headsets to feel the heart-pumping adrenaline of steep drops, inverted loops and powerful twists and turns as gyros, accelerometers and proximity sensors synchronise all of the action in an incredibly realistic 360-degree virtual reality world,” Samsung states.

The virtual reality roller coasters will launch beginning this month.

“This transforms the modern roller coaster into a totally new, one-of-a-kind sensorial experience – powered by technology.” 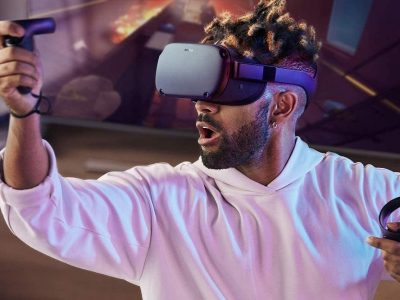