Home > Latest News > US Households Getting A Whole Lot Smarter

US Households Getting A Whole Lot Smarter

Half of all American households will contain a smart speaker in just a few short months, if a new study from Adobe is correct.

The study, released earlier this week, found that 32 per cent of households already own at least one  smart speaker, while another 16 per cent plan to get one before the end of the year.

Commenting on these results, Adobe Analytics Director of Product Management Colin Morris said, “Technology trends come and go, but we think voice is here to stay. Consumers continue to embrace voice as a means to engage their devices and the internet. It’s a trend that has fundamentally changed the face of computing.”

The most common commands given to smart speakers from respondents were: playing music (70%), getting a weather forecast (64%), and seeking answers to random questions (53%).

Additionally, the study found that those who own and use smart speakers are three times more likely to use voice assistants on their smartphones than those that don’t own these devices.

The survey also found that 45 per cent of smart speaker owners plan to buy an additional speaker for themselves over the November/December US holiday season, while 23 per cent plan to purchase one for somebody else.

The survey was conducted in August and includes responses from more than 1,000 consumers aged between 18 and 65.

An earlier Adobe report, released during CES in Las Vegas in January, found that nearly 76 per cent of American smart speaker sales occurred during the US holiday season.

Mobile Phone Radio Listening On The Up 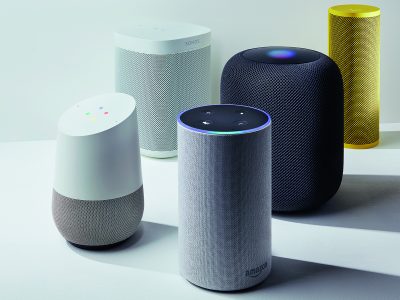