Gaming headset manufacturer Turtle Beach is set to boost its PC accessory portfolio with the acquisition of Roccat for US$19.2 million – a deal forecast to be accretive to net income and EPS in 2020. 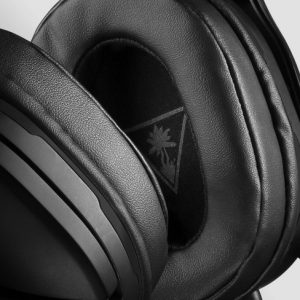 German-based Roccat known for its award-winning range of PC periphery products including gaming keyboards and mice.

“This is a dynamic and strategically important deal for Turtle Beach,” asserts Chief Executive, Juergen Stark.

“We are adding a complementary portfolio of PC gaming mice and keyboards, a skilled PC accessories team, and a highly synergistic distribution footprint.”

The deal will see Turtle Beach pay Roccat US$14.8 million in cash (net of a working capital adjustment), US$1 million in cash or stock (company option), plus up to US$3.4 million in earnout payments.

The acquisition is expected to close in Q2, with Roccat’s partial year contribution to Turtle Beach 2019 net revenue forecast to be ~US$20 million to US$24 million.

In a published release, Turtle Beach expects Roccat revenues will notch over US$30 million by 2020.

“The acquisition is also a key step in achieving our goal of building a $100 million PC gaming accessories business in the coming years,” affirms Mr Stark.

The news follows the release of Turtle Beach’s new Atlas PC headsets, which the company claims has allowed it to retain over 40% of the global gaming headset market for the last nine consecutive years.

“We believe our combined product portfolio is one of the strongest in the industry, covering gaming headsets for consoles and PC’s, gaming keyboards and mice,” claims Stark.

“Together we will have 48 core product models to pursue the total addressable market of over $4.7 billion in North America, Europe and Asia.”