Fitbit has revealed that it has shipped more than one million Fitbit Blaze smart fitness watches in the Blaze’s first month of availability.

In addition to the Blaze figures, Fitbit has additionally revealed that more than one million Fitbit Alta fitness wristbands have shipped since US retail availability began on March 9.

Fitbit states that the Blaze has captured the number one best-selling device ranking in both the smartwatch and heart monitor categories on Amazon.

Fitbit unveiled the Blaze, which is competing with the likes of the Apple Watch, at CES earlier in the year, having taken the wraps off the Alta last month.

Fitbit describes the Blaze as “a smart fitness watch built to help you make the most of your workouts, with a versatile design to fit your personal style, and the smart notifications that matter most”.

The wearables market is poised to surge in the coming year.

The International Data Corporation (IDC) has forecast that worldwide wearable device shipments will reach 110 million by the end of 2016, growth of 38.2 per cent year-on-year.

The IDC expects smartwatch and wristband shipments to reach a combined total of 100 million shipments this year, up from 72.2 million in 2015, while other form factors, such as clothing, eyewear and hearables, are expected to reach 9.8 million units.

Meanwhile, at a local level, Telsyte predicts that by 2020 around a third of the Australian population could be wearing a smart wearable device on their wrists.

Lower-cost smart wristbands continue to dominate the smart wearables market, according to Telsyte, which estimates that approximately 76 per cent of the 944,000 units sold in the 2015 second half were smart wristbands.

Samsung Shows Off Unified Interface For Next Galaxy Watch 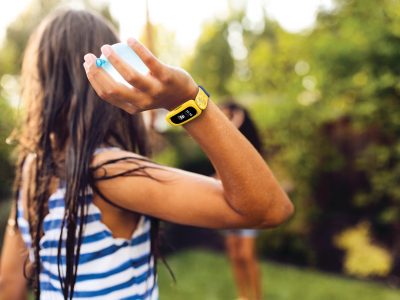