Australian retailers who stock TEAC products are today questioning the long term future of the business after the Company reported a loss of $2.4M.

Questions are also being raised as to whether the Australian Securities and Investment Commission should question directors of the Australian operation, (TTA) about inter Company loans and the approval of these loans to a Company that is struggling with some major cash generating assets already placed into liquidation.

TEAC claim that they are a major partner of Harvey Norman, JB Hi-Fi and The Good Guys, Radio Rentals, Leading Age Group and Betta Electrical stores.

What is of concern is the appearance of a provision on the books of TTA Holdings of $1,848,000 million by a related entity Akira Corporation which is a wholly owned subsidiary of TT International who own 85% of the Australian operation.

This is a Singapore parent Company whose shares have been voluntarily suspended since Aug 4, 2017 and are facing serious revenue raising issues.

The Singapore Big Box Store is currently in liquidation but is hoping to reopen if creditors agree.

A major asset of TTI is BIG Box Singapore (BBS), this is a wholly-owned subsidiary of TT International Limited which on September 11th, 19 days before the inter Company loan was revealed in a filing to the ASX, was placed into voluntary liquidation as they were unable to pay out creditors.

What is not clear is whether any of the independent shareholders voted on the loan which has impacted the viability of TEAC Australia which reported a $2M increase in sales during the last six months but were unable to improve the profitability of the Company.

In a statement to the ASX the Company said ‘The retail of consumer electronics products in Australia remains challenging. The competitive nature of the industry has restricted TEAC Australia from increasing prices to lift its profit margins”.

Analysts have told ChannelNews that the TEAC brand is “being pushed down into the bottom end of the market where there is tough competition and limited potential to grow margins”.

They also believe that because of the problems faced by TEAC’S parent Company TEAC Australia does not have the buying power to manufacture or buy products competitively. TEAC is already purchasing stock on behalf of Akira a subsidiary of the struggling Singapore Company.

Their latest financials reveal that despite the impact of the borrowings to the parent Company TEAC was unable to improve the profitability of TEAC Australia from the increased sale of goods in Australia.

The big question for Australian shareholders is what will happen if TT Holdings is unable to repay the debt.

TTI which owns 85.5% of TTA is currently under a Scheme of Arrangement in Singapore.

A Singapore Court recently granted TTI an extension until 11 December 2018 to allow TTI, among others, to put a revised proposal to Creditors which if approved would allow for the retirement of the scheme of arrangement.

However, the Company “TTI still needs approval of Creditors for the proposed transaction. This is set to happen at a meeting to be held on December 20th, 2018 in Singapore.

In the event the Scheme Creditors approval is given, and the amount is repaid the provision can be reversed, if not the operators of the TEAC brand in Australia are facing a difficult task to recover their loan.

The Company has not said whether any more loans will be extended to their largest shareholder.

TTI claims that they are currently working closely with its creditors on two options – bringing in strategic investors and refinancing its outstanding debt – in order to discharge the scheme.

TTI launched Akira – a home- grown Singapore brand of home appliances, audio and audio-visual products – in 1999, and was listed on the Singapore Exchange in June 2000. 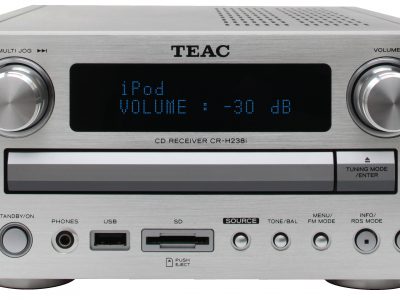