The Fitbit Inspire HR (A$179) is probably the most appropriately named of any device the San Francisco based fitness-tracking company has released so far.

The whole point of a fitness tracker is to “Inspire” users to make small lifestyle changes to live healthier and more active lives.

The ways these devices typically do this range from the gentle prodding to the outright annoying, but that’s kind of the point.

Given it’s so hard to sell a product on its ability to nag though, it’s prudent to look at what else the Inspire HR has to offer. 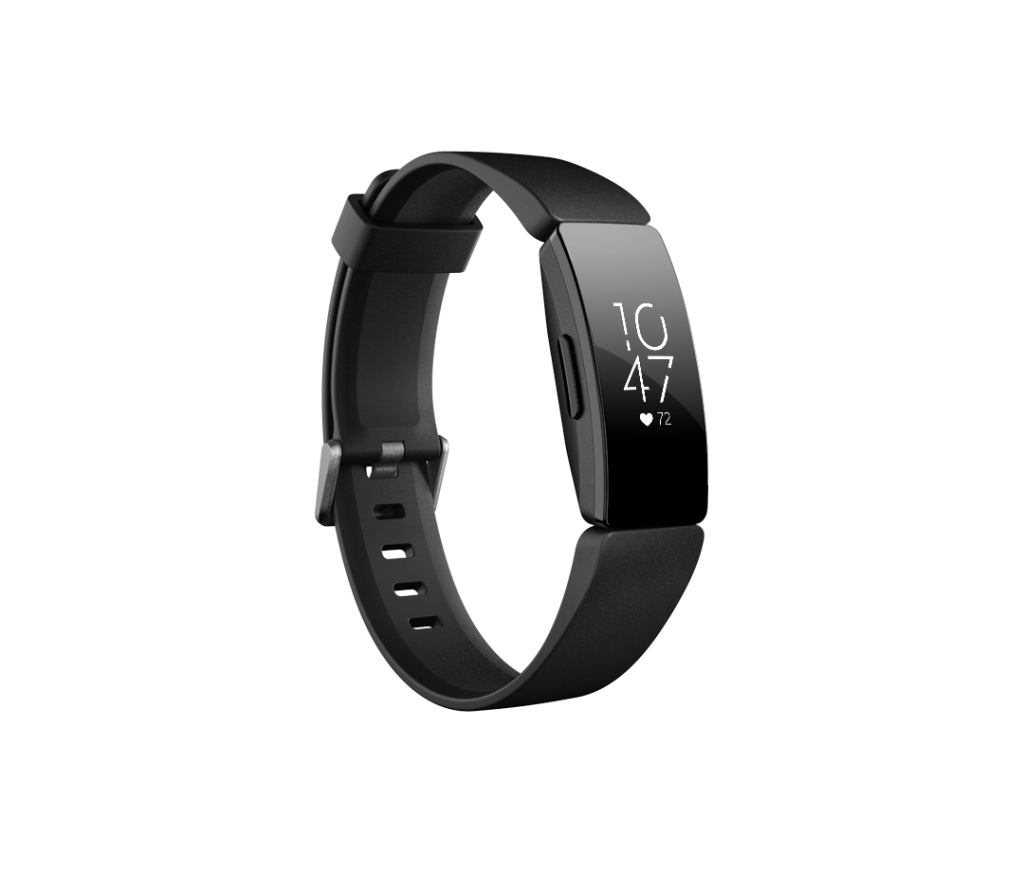 The design of the Inspire HR is quite sedate, particularly when compared to more “stylish” devices from brands like Misfit and Withings.

Fitbit’s wearable fitness trackers have always erred on the side of blandness, but the company would have surely changed its design philosophy to ape other companies by now if it hadn’t been consistently outselling them.

When it comes to fitness trackers it appears consumers are after devices that intentionally don’t stand out or call attention to themselves.

The Inspire HR is discreet enough to disappear under a shirt sleeve or blend in with bracelets or other accessories.

The included silicon bracelets don’t feel luxurious by any means, but are designed for durability to stand up to sweat and water.

The bands attach to the tracker through a locking pin system, similar to the kind found on most watches but designed in a way that makes them much easier to swap out, eliminating the need for any special tools.

When the Inspire HR is on the wrist its sleekness and slightness make it easy enough to forget you’re even wearing it, particularly if you normally wear a watch.

And yes, the Inspire HR does tell the time as well, and even has customisable watch faces.

No doubt for battery longevity, the time does not display constantly, but rather shows up when the single button on the tracker is pressed.

Occasionally the tracker will show the time when the wrist is raised or turned, but I found this didn’t work more often than it did, and even when it did work it lagged just long enough to make you notice it wasn’t the same as wearing a real watch.

The Inspire HR’s timekeeping abilities also extend to a timer and stopwatch, though the timer can only be set in whole minute intervals.

The device vibrates when time’s up, as it also does for its alarm function, which is certainly preferable to the blares and beeps offered by smartphone timers and some watches.

Navigating the Inspire HR, and there’s plenty to navigate, is done through scrolling up and down on the display.

Not including the time, users have 15 tiles to scroll through the on-device dashboard giving quick displays of stats, exercise, and relaxation programs that we’ll get to in a minute.

More detailed stats are accessed through the accompanying Fitbit app, where users can also log and track how much water they’re drinking and calories they’re consuming.

The tracker’s left button provides a simple way to go back to the time face, and it’s a relief Fitbit included the physical switch rather than relying on a swipe or gesture system which would be a nightmare on the device’s small screen.

Devices like the Inspire HR are more about promoting the development of healthy lifestyle habits through the gamification of exercise and activity than about providing detailed data to be analysed and improved upon.

You can still do this analysis obviously, the Inspire HR tracks accurately enough and will certainly provide a wealth of data.

It won’t give the kind of excruciating detail as some smartwatches and trackers with in-built GPS, but it doesn’t really have to.

For the most part, users will be more interested in the small celebratory vibrations provided by meeting their step goal than in using this data to find ways to improve their performance or efficiency.

Users can select exercise modes through the Inspire’s touch display, with quick access to running, cycling, and swimming amongst others.

Fitbit’s SmartTrack feature will also automatically detect the type of exercise without user’s needing to select, though this can prove finicky.

Using it to track swimming for instance returned accurate readings on the distance covered but not the number of laps or the length of the pool.

It’s not so much inaccurate as it is just a little off, but it gives the general gist, and that’s enough.

Getting the Inspire HR wet does take away its ability to track heart rate and makes using the touchscreen near impossible, but there’s little Fitbit could do to solve that on a mainstream device like this.

While ordinarily I’m thrilled to bring into my life Yet Another Thing To Keep Charged, the Inspire HR does actually offer quite an impressive battery life, I only had to charge it once in my week of reviewing.

Full charge is achieved in a couple of hours, and given you should take fitness trackers off for around that length of time after extended wear to avoid skin irritation, charging the tracker presents little issue.

The Inspire HR is one of Fitbit’s fitness trackers and not part of its watch range, but it does include some smartwatch features like syncing notifications, though they are practically unreadable on the small display and really just serve to nudge the user to look at a different device.

Those looking for a brief escape from the stress-inducing nature of constant emails can take solace in the Inspire HR’s Relax feature, a guided breathing program available in two and five minute durations.

While ordinarily the idea of a fitness tracker is to get you moving, the Relax function tells users to “Be Still” and “Take Slow Deep Breaths”.

It’s a remarkably hippy-dippy gear change in an age where technology pushes us to do More, Better, Constantly, but unsurprising given the obvious evolution of the devices, and points towards a shift from fitness tracking to “wellness” that we’ll likely see more of in the future.

Under the Fitbit’s direction I engaged in some mindful breathing and as my reward was told that I didn’t do it right and had “low alignment”.

Even when trying to relax there is no escape from the improvement addiction facilitated by constant tracking and evaluation of your performance, but with the proper focus and commitment I managed to finally calm down.

Handily, with constant tracking of heart rate, it was easy to detect exactly when this happened so I didn’t waste a second longer.

Those looking to take relaxation tracking to its very extreme can also take the Fitbit to bed with them to see how much rest they are (or aren’t) getting, with the app showing different sleep stages, length, and quality.

If you’re anything like me, you’ll find this feature particularly helpful as the detailed graphs and information are exceedingly boring and will send you right to sleep.

The same could be said for almost any piece of technology, but it’s particularly notable with fitness trackers: the value of the device doesn’t stem from what it does but from what you do with it.

Fitbit has the reputation and app experience to make it a more favourable choice over similar priced devices from other companies, they also have the bigger marketing budget, and all this combined means some of their devices are a touch more expensive than their rivals.

Fitbit recently cast doubts over some of its cheaper rivals in regards to their handling of user data, whether that data is better off in Fitbit hands will depend on how much emphasis the company will place on its security in the future.

Fitbit has been targeted by cyber attackers in the past and as the main player in the fitness tracking and associated data market, likely will be again in the future.

If that’s something you’re particularly concerned about you might want to avoid a fitness tracker altogether, or using a smartphone, or visiting your local GP, or doing any one of a vast number of things that could lead to your personal data being compromised.

If you’re unperturbed (or adequately desensitised) about data danger, Fitbit’s Inspire HR won’t set you back too much more (and in some cases much less) than its rivals, and its app works a lot better than some of them too.

Fitbit sells fitness trackers, not fitness itself, and consumers purchase them in the hope it will motivate (or dare I say: Inspire) them to become fitter and healthier.

It’s not a device for elite athletes, it’s a device for people wanting to be nudged towards a healthier lifestyle, who want an everyday reminder to take the stairs instead of the elevator or park their car further away from the shop door.

The Fitbit Inspire HR itself doesn’t offer much to get your heart racing, but at least will tell you when it is.

The rest is up to you.

data, fitbit, Fitness, Health, tracking, wearables
You may also like

All The Gear For Hibernation Revealed New Free Buyers Guide