Designed in Sweden, Aarke’s new Sparking Water Marker (A$249) capitalises on the growth of stylish kitchen appliances, with aesthetics holding as much value as functionality.

Claimed to be the world’s first sparkling water maker with a complete stainless-steel enclosure, the product seeks to make plastic rivals a thing of the past.

Fanfare received includes being named as one of Oprah’s 2018 ‘Favourite Things.’

Despite its sleek exterior, the product boasts a unique internal safety system, with three independent safety values for quick sparkling water, in style.

Claimed to be super user friendly, the device features a one-touch lever which carbonates and automatically releases pressure inside a drinking bottle.

Users are simply required to hold down the lever to reach the desired amount of ‘fizz’, before unscrewing the included bottle, for fresh and completely preservative free sparkling water.

First things first, this is a beautifully constructed appliance. It’s a world away from other flimsy plastic carbonators, and lives up to its claim as a counter-top style statement.

I imagine this being the perfect accompaniment to a premium kitchen, one you could comfortably leave out at all times, not need to hide in a cupboard.

Think of ritzy people having a few friends over for a party, making cocktails with Aarke carbonated water, whilst lounge beats play in the background.

Obviously well built, the product feels weighty, but not overly heavy. Given its sheer size and weight, you would have to house this on a bench top.

Whilst we received a steel matte black version, personally I’d go for the Chrome or Silver model for a more luxurious aesthetic.

Despite its premium price tag, Aarke’s Sparkling Water Maker does not ship with a gas cylinder – an added cost to consider. The product is compatible with CO2 cylinders from the likes of Sodastream.

The carbonator features a steel grill at the bottom to catch any water spills – very useful.

As Aarke claims, the sparkling water maker is veryyyyyy easy to use. Literally a one touch lever, however, I highly recommend reading the manual first.

Users are required to fill the included plastic bottle with water up to a marked line, screwing counter-clockwise to the attached nozzle.

The manual (below) asks users to hold the lever down until “you hear a sound from the valve”, very nicely illustrated by a musical note.

Users can add more carbonation by repeating up to three times – again represented by a whimsical musical note.

Truth be told, the ‘sound’ this appliance makes is farrrrr from what the cute musical note represents.

After asking several people to describe it, it was summarised as though someone is very loudly passing gas – rather ironic.

Given internal operations and the carbonation process, it makes sense the product would project such a sound. However, I’d have preferred Aarke be more upfront, than guising it as a musical tone.

The sound is also quite loud. In the previously mentioned analogy – ritzy people making cocktails, throwing a party and listening to lounge music – one has realise this sound would be rather off-putting.

That being said, it’s not a deal breaker. Users could carbonate water beforehand, and display it on the counter in the stylish included bottle. It’s just not as seamless an experience.

For the drink connoisseur, Aarke has a series of alcoholic and non-alcoholic recipes on its website. The company also sells three organic tonic flavours to mix – Rhubarb, Spruce Shoots and Bitter.

Rhubarb is sweet and cordial-esque, whilst Spruce Shoots is hard to describe. Think plants with a dash of spice.

Concerning taste, Aarke claims a blind test revealed most people preferred the taste of its sparkling soda, versus carbonator rivals.

As someone who usually detests sparkling water – there’s a weird aftertaste I don’t particularly enjoy – I will agree, Aarke fizz is good stuff. The lack of additives render a purity with little aftertaste.

I found myself drinking a lot of sparkling water as part of this review, and surprisingly continued doing so afterwards.

If you’re not usually a fan of sparkling water, this could be an appliance that changes your mind. The extremely stylish aesthetic is an added bonus, one likely to develop a long-term drinking habit.

Aarke’s Sparkling Water Maker is available to purchase from selected Australia retailers including Harvey Norman for $249. 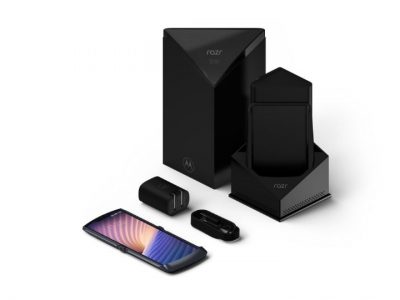 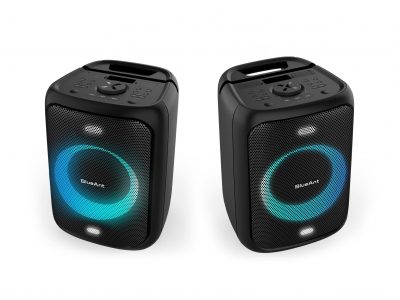