Home > Gaming > Console > Xbox To Release Only One New Console 2020

Xbox To Release Only One New Console 2020

Microsoft has reportedly ditched plans to release an affordably priced Xbox in 2020, instead focusing only on one high-end model.

According to Paul Thurrott, Microsoft is now focusing solely on the high-end version, under the broader Project Scarlett effort.

Microsoft’s decision to launch one next-gen Xbox has also been confirmed by Xbox chief Phil Spencer during an interview with Business Insider.

While Spencer revealed at E3 last year that the company was “deep into architecting the next Xbox consoles”, plans have now changed as only Project Scarlett was mentioned as a single console this year.

According to Microsoft, the console will “set a new bar for console power, speed and performance”.

Launching next year, alongside Halo Infinite, it will be powered by a custom-designed processor, which is said to leverage the latest Zen 2 and Radeon RDNA architecture.

“Paired with high bandwidth GDDR6 memory and a next generation SSD, Project Scarlett will provide developers the power they require to bring their creative visions to life,” the post said.

The next-gen console will also be backwards-compatible and will be able to play every generation of Xbox games.

“With Project Scarlett, we continue our commitment to compatibility by ensuring your gaming accessories and Xbox career will also move forward with you, along with thousands of games across four console generations, which will look and play best on Project Scarlett,” Microsoft concluded. 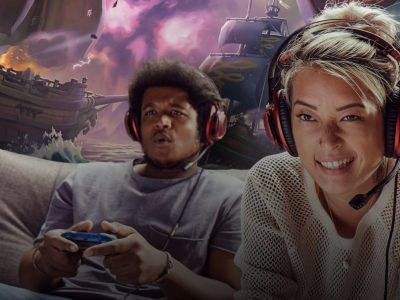