LG took home more than 140 awards and accolades from CES 2019 including the coveted Engadget Best of CES Award in the TV category for its fifth consecutive year, for its 65-inch rollable OLED TV, the LG SIGNATURE OLED TV R.

LG received top awards from Engadget, TechRadar, Popular Mechanics, SlashGear, Reviewed.com, and others as well as 17 CES Innovation Awards from the CTA across its home appliance and home entertainment categories.

The LG SIGNATURE OLED TV R – the world’s first rollable television – was one of the stars of CES 2019, bringing in more than 70 awards and honours from various media including Engadget, PC Mag, Reviewed.com, SlashGear, Techlicious, Tom’s Guide, TechRadar, and more.

The LG 88-inch OLED 8K TV and the head-turning LG HomeBrew were Honorees of the CES 2019 Innovation Award in their particular categories, in addition to receiving many other accolades.

LG enjoyed a successful CES 2019 and with rumours that they could be revealing their own foldable phone at MWC 2019, it appears 2019 could be a great year for the electronics manufacturer. 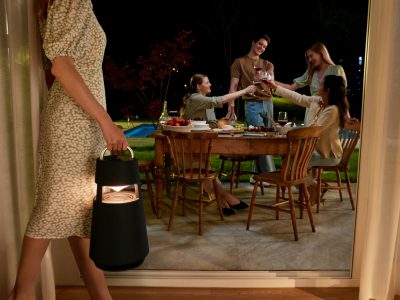