US chipmaker Qualcomm and Korean electronics giant LG have reached a new patent licensing deal to use the company’s technology in LG devices, while Qualcomm faces scrutiny from US regulators over alleged anti-competitive practices.

The deal gives LG the right to use Qualcomm technology in 3G, 4G, and 5G mobile devices for five years, but the Korean company will have to pay royalties, according to the Wall Street Journal.

LG said back in June it had been unable to renew its licensing deal with Qualcomm after negotiations broke down.

The new deal suggests one of the two companies has now compromised on their position.

LG was one of the companies accusing Qualcomm of anti-competitive business practices in a US Federal Trade Commission case against the chipmaker, which among other things related to licensing agreements contained in deals like the one just agreed to. 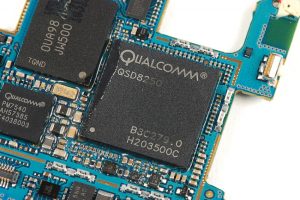 Qualcomm was also recently locked in a battle with Apple over 5G modem use, with the Cupertino company eventually paying more than US$4.5 billion for a six year licensing deal.

The deal comes with an option to extend the contract a further two years, but this could very well be the last deal the two companies agree to after Apple purchased Intel’s modem business with the view of producing its own.