Laser Cranks Up Vinyl For Xmas

With 30 years experience backing them up, Laser have always looked towards a strategy of innovation and value-for-money when it comes to the consumer electronics business.

“It’s all about value,” Managing Director Chris Lau tells me during a recent showcase event for the company’s latest speakers, powerbanks and soundbars.

He says the company pride themselves on being “first to market at a value price-point.”

“Our philosophy has been about moving forward and not being tied to any particular format,” he says.

A third of Laser’s range are new product categories – more than 15 products this year.

Among them are the company’s wireless speakers. Lau calls them a major growth category. He’s hopeful they can pull in the customers usually pushed away by the high cost of brands like Sonos.

Regardless of what pricepoint you enter at, Laser has you covered when it comes to wireless speakers. They range from $179 to $399 and, more importantly, they’re all powered by Qualcomm Play – which promises to make connecting and configuring your wireless speaker setup as easy as it gets.

The company will have a $99 model on shelves by Christmas.

Lau suggests users will likely dip their toes into the world of wireless speakers with the lower-cost models first and then build on their sound system based on that experience. He describes the difference between wireless and Bluetooth audio as “chalk and cheese.”

That said, he explains, Bluetooth remains relevant due to that price factor.

They have a range of shapes and sizes on offer here, and they’ve been designed with more outdoor-focused users in mind.

They come water-proof, shock-proof and dust-proof – and at a highly-competitive pricepoint.

Another category of speakers that Laser have found success with is so-called trolley-speakers.

Lau says it’s “one of those categories that appeals to the child in us.”

He says Laser’s range of trolley speakers, ideal for outdoor environments, have been “selling like crazy” through major retail outlets like Big W.

As a result, “All the big brands are getting big into trolley speakers.”

Whether the growth in demand for trolley speakers can be sustained is unknown but as long as it’s there, Laser are well-positioned to take advantage of it.

The $99 speaker is touted as karaoke-ready, arriving with a microphone and support for audio over Bluetooth, USB or FM radio.

Anyone can make a speaker but Lau assures me Laser are “always looking at consumer benefits.”

“We don’t sell products we can’t make a difference in” he says.

Lau says it’s a very versatile category that’s relevant across the whole mobile devices – and one that he expects to do well heading into Father’s Day and beyond.

The enormous popularity of AR game Pokemon Go, along with the falling price of the category, has contributed to a 3000% surge in sales.

Still, as far as this year’s lineup goes, Laser’s focus feels very much like it’s still in the home entertainment space.

They’re bringing a trio of vinyl players to market, following the resurgence of demand for the format.

Their two Encore models provide entry ($79) and enthusiast-level ($129) solutions whilst the larger Encore Grand ($199) is a more-comprehensive offering.

It’s being positioned as a product for older users, able to play every format of music available, be it on a USB, a CD, a cassettes, vinyl, SD-card or over an auxiliary cable.

The Encore Grand can even rip music from vinyl onto a USB, allowing users to preserve their collections.

A similar amount of thought has been put into the Laser’s new smart media box.

Their $199 4K Smart Media Player is Android-based and leverages KODI playback to play any codec of video you can imagine.

It’s even ready for 4K video, with on-board support for both 4K upscaling as well as UHD and 3D video.

This media box is accompanied by Laser’s new Soundbar ($114.95), which is both HDMI and Optical Audio ready.

Lau is proud of the soundbars place in this year’s lineup.

It’s that guiding commitment to the good of their consumers that’s fuelled the company.

They’re always looking for a way to bring the technology their customers actually want to market – and at the best possible pricepoint. 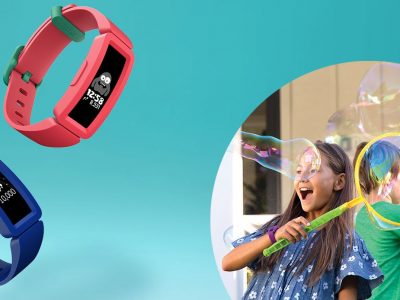