Dodgy deals or acceptable stich up, Harris Scarfe, is now at the centre of what should be a major ASIC investigation according to suppliers to the failed retailer who claim that they have been “duded” with Sydney run Allegro Funds facing investigation as to how they pocketed tens of millions leaving appliance and CE suppliers like “A shag on a rock” said out of pocked distributor.

Allegro Funds bought Harris Scarfe from Greenlit Brands (formerly Steinhoff Asia Pacific a Company owned by South African Company Steinhoff International) as a “job lot” with Best & Less and New Zealand retailer Postie a week later Allegro which is run by a South African CEO was calling in the liquidators.

Then there’s this dodgy South African Company called Steinhoff International who had this subsidiary in Australia which was originally called Steinhoff Asia Pacific but things got so bad that they changed their name to Greenlit Brands to avoid the stench of corruption coming from their parent Company in South Africa.

This is the same Company that is now front and centre of another questionable deal.

Steinhoff International Holdings were forced to appoint new auditors last year after Deloitte found themselves sucked into the past actions of the dodgy Company.

Now questions are being asked about their association with Victorian registered Allegro Funds.

Back in 2017, Deloitte’s refused to sign off on Steinhoff’s financials for the year through September because of a web of inflated asset values and dubious third-party transactions that caused the share price to collapse.

However, it later emerged that the firm had signed off on audits from previous years that were similarly flawed, and Deloitte is now being investigated by accounting regulators.

Greenlit Brands is an associated Company of South Africa based Steinhoff International who inflated its profits and assets by over A200M.

Steinhoff at the time owned several retailers in Australia including homewares chains Freedom, Fantastic Furniture, Plush and Snooze and general merchandise retailers Best & Less, and at the time Harris Scarfe and Postie.

This is an organisation that did deals with companies that were secretly linked to former CEO Markus Jooste and his cronies who have since been labelled crooks.

It also used many accounting tricks (and forged documents) to boost its value.

The Greenlit Brands linked Company (Steinhoff International) cooked up fake income to boost some of its underperforming companies.

Also – Jooste granted himself an undeclared bonus and a loan from Steinhoff and Steinhoff execs received ‘golden visas’ in a property transaction related to the company.

He had left behind a retailer that had to be significantly restructured due to cash flow problems and a lack of stock in the business.

There is no evidence that Michael Ford knew or had any involvement in Steinhoff International questionable affairs.

Weeks earlier the Company was stitching up a deal to flog Harris Scarf to Allegro Funds a Company that brags that their specialist skill is “Transformational Capital” which one creditor to Harris Scarf has described as “ripping off creditors” to a business.

Founded in 2007 by South African Chester Moynihan who qualified as an accountant in South Africa and is the Chairman of Pizza Hut.

He is now Sydney based and owns a multimillion-dollar house in Clontarf NSW, on Sydney’s Northern Beaches overlooking Mosman and Middle Harbour the other Allegro Funds Company director is Adrian Loader who lives in Balmain.

Allegro Funds claim they deliver value in a business regardless of how well that business may be performing.

In the case of Harris Scarfe, it appears that Allegro Funds is the one who has pocketed tens of millions.

This has not boded well with unsecured creditors of Harris Scarfe who have described the retailer’s collapse a week after it was sold to private equity firm Allegro Funds as a “stitch-up”, a “con” and a deal that was not surprising after being linked with Greenlit Brands a Steinhoff International Company.

A group of Harris Scarfe’s largest unsecured trade creditors including consumer electronics and appliance Companies such as Victoria based Spectrum Brands are owed millions from the collapse of Harris Farm.

These creditors have hired a legal firm and a senior insolvency lawyer to look at how they can challenge the settlement deal in which Allegro took control of $70 million of secured debt when it bought the retailer from Greenlit Brands in December weeks before it went broke.

According to the Australian Financial Review, Several unsecured creditors have now been approached by a US-based investor seeking to buy their exposure to Harris Scarfe at a discount.

If the investor convinces enough unsecured creditors to sell their debt it may pursue legal action.

Most of the trade creditors are still supplying Harris Scarfe’s former sibling, Best & Less, and Spotlight Group, which has agreed to buy Harris Scarfe’s assets for about $50 million as part of the deed of company arrangement.

They declined to be named for fear of losing future orders.

Under the recently revealed deed of company arrangement, unsecured creditors owed between $146 million and $236 million will receive between 1.3¢ and 20.5¢ in the dollar, but Allegro, which owned Harris Scarfe for a week before appointing receivers, will be paid in full.

The AFR were told that “People indicated to us this was all very well planned – everyone who is involved believes it’s a complete and utter stitch-up,” said the chief executive of one major supplier, who is owed about $1 million.

The creditors want the Australian Securities and Investments Commission to investigate the deal, including whether Harris Scarfe was insolvent at the time of the sale to Allegro and the assignment of debt to Allegro.

Several major suppliers believe the deal was a creditor-defeating disposition and would have been voidable if the company had gone into liquidation, rather than being on sold to Spotlight Group through a deed of company arrangement.

They pointed to the fact that Allegro had put in place no trade finance facilities when it took control of Harris Scarfe, which had annual sales of about $380 million.

“The day they purchased it they didn’t have any facility in place at all to allow the company to trade, despite the fact they were a secured creditor, they had taken security,” one supplier said. “Who buys a business without having a basic trade line in place?”

A day or two after the deal was completed but before the retailer went into administration, Harris Scarfe buyers asked suppliers for extra stock or to bring forward orders.

One supplier’s exposure to Harris Scarfe doubled in those few days and he’ll be lucky to get back a few cents in the dollar.

Creditors claim that Harris Scarfe had just one director when it went into administration – Allegro Funds Operating Partner Brad Leahy – as other directors had resigned.

One Melbourne based supplier claimed that Harris Scarfe would have been insolvent without a letter of guarantee from Greenlit Brands.

According to the administrators’ report to creditors, a number of intercompany loans were forgiven and all Harris Scarfe’s cash in the bank was transferred to other bank accounts linked with Allegro after the transaction was completed.

When Allegro took control, there was no working capital in the business and Harris Scarfe was “immediately reliant on the support of the secured creditor and/or shareholder to fund working capital”.

But Allegro rejected a request for funds, withdrew its support and called in administrators from BDO and receivers from Deloitte a week after the acquisition was completed.

The shares in Harris Scarfe were acquired for a nominal sum, as the business was loss-making.

However, an entity controlled by Allegro – Finance RM – became the first-ranking secured creditor after taking over the secured debt.

Unsecured creditors believe Allegro may have acquired the secured debt at 15¢ to 30¢ in the dollar and will be repaid in full, while they have been forced to take a massive haircut.

Several creditors said Harris Scarfe also ramped up orders in the months before the sale to Allegro, but they were unable to retain security over the stock because of the retailer’s trading terms.

However, Allegro was able to register $70 million debt on the PPSR (Personal Property Securities Register).

“The sale happened after they bought two to three times normal stock, so our debt to Harris Scarfe at the time of administration was much higher than it would’ve ever been – they waited for all that before going into administration,” said one supplier owed about $1.5 million.

Neither the unsecured creditors nor the administrators at BDO have been able to access the terms of the deal between Allegro and Greenlit Brands.

“It would be interesting to know how much they paid for the debt and equity of Harris Scarfe and how much they’re now taking out as the secured funder of that debt,” one supplier said.

The administrators told the AFR that they had conducted extensive investigations into the deal and the security held by Allegro. The security was found to be valid and enforceable and the administrators concluded the sale was not a creditor-defeating disposition.

However, trade creditors believe it was always Allegro’s intention to pull the plug on Harris Scarfe as soon as it took control of the company and had taken security over the assets, effectively repaying itself at the expense of unsecured creditors.

“There was clear evidence that at some point whilst the sale negotiations were on foot that both the vendor and the purchaser and the assignee of the secured debt must have been aware of the proposed strategy to assign the debt, sell the assets and then put the company into voluntary administration,” the lawyer hired by the creditors said. 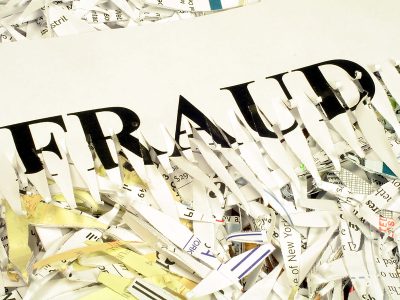