Harvey Norman and JB Hi Fi buyers scored a front row seat at the Monaco Grand Prix after Lenovo and Hewlett Packard  invested in thanking their partners and to top it off Australian F1 driver Daniel Ricciardo bought home a crippled car to take victory.

According to sources at the track no expenses were sparred by the PC makers in sponsoring resellers to one of the most important F1 races of the season. Both Lenovo and HP have not commented on how much they spent on the venture that saw Ricciardo bring home his crippled RB14 car home with only six of his eight gears working.

Ricciardo said, after battling for 50 laps with serious engine and braking issues claimed that offering Prince Albert of Monaco to indulge in a shoey celebration on the dais was a little bit high risk.

“I felt it (offering the shoe) would have been controversial, so best not’’. Instead, he convinced Princess Charlene of Monaco to drink some champagne – from a bottle.

The young Aussie who was delirious with delight after the Red Bull team that is sponsored by Aston Martin who also supply the engines, Hewlett IBM Citrix among a few.

There was no mention of Hisense who in the past have been associated with the UK based team.

His ability to concentrate under the most extreme pressure: while leading the most coveted F1 race in the world; with an engine that had lost about a quarter of its power, and with ensuing braking issues prompted Red Bull team principal Christian Horner to compare him to the most famous space mishap that was also brilliantly recovered.

” He could have been in Apollo 13’’ said Horner of Ricciardo’s intense concentration and problem solving.

Ricciardo’s knuckle gripping race of extraordinary tension began, not from his pole position start and race to the first corner, but on lap 28 of the 78-lap race.

“I’ve got loss of power,’’ the 28-year-old suddenly announced on the team radio, and immediately began limping the car around the track about 30km/h slower than his previous speed. 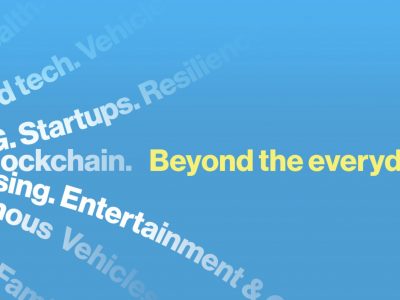 More Companies Pull Out of CES As OZ Attendees Cancel