BLOOMBERG: While Sonos was launching new sound systems in New York Google was rolling out its own voice-activated speakers along with a swag of other second-generation Google products.

At a splashy press event in San Francisco, Google introduced two new versions of its Pixel smartphone; a new premium laptop; a cheaper, smaller model of its Home speaker and a larger version designed for music. 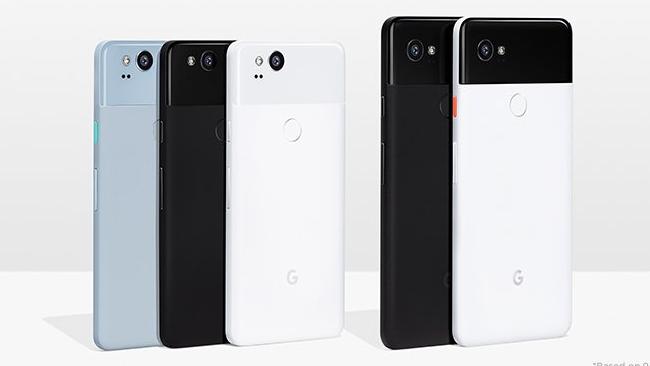 All the products go head-on with recent offerings from Apple, Amazon and Sonos. Those two rivals are aggressively shipping devices with built-in features, like voice-assistance and augmented reality, that could upend how people access information — Google’s main business.

And its latest device refresh is all about making sure it can claim a lead in that next era of computing, and keep its services front-and-centre in people’s lives.

Google rolled out each gadget with a marked emphasis on its smarts. A $999 laptop, called the Pixelbook, was introduced “with AI at the centre.” A new $399 home speaker, the Home Max, was praised for its customized acoustics, a system called “smart sound” that uses Google’s software. It’s set to compete head on with the Sonos speaker launched in New York at the same time.

Google’s response to competition has been to pitch its devices as the best way to experience Google’s services, particularly its digital assistant. The search giant grouped its once-disjointed hardware efforts last year under Rick Osterloh, a former Motorola executive.

At the onset Wednesday, Google Chief Executive Officer Sundar Pichai said the hardware design efforts revolve around artificial intelligence, a field where the company has an early lead.

Pichai laid out four principles for “AI-first” design, including new ways to deliver information contextually and in natural conversations, and announced advances in Google’s image-recognition and translation software.

“Computers should adapt to how people live,” he said. “We’re in a unique moment of time where we can bring a unique combination of hardware, software and AI.”

Google owns Android, the software behind most smartphones, but it has long struggled with ways to tame its many hardware partners and make them competitive with Apple’s iPhones. Apple tightly controls hardware and software, and has lured consumers with mobile payments, its voice-based Siri assistant and initial forays into augmented reality, technology that splices the digital and physical worlds. Amazon, meanwhile, has emerged as a viable contender in the smart home market with its assistant, Alexa, and a seemingly unending suite of Echo gadgets.

Google’s response has been to pitch its devices as the best way to experience Google’s services, particularly its digital assistant. The search giant grouped its once-disjointed hardware efforts last year under Rick Osterloh, a former Motorola executive.

To achieve the best experiences from Google, the company needs to optimize the hardware components of its own devices, Mario Queiroz, Google’s hardware vice president, said before the event. Previously, other Android phone makers decided what parts went into these devices.

In addition to Apple and Amazon, some of Google’s top Android partners are joining the AI-device frenzy. Samsung Electronics Co. and Huawei Technologies Co., the largest Android manufacturers, are working on intelligent assistants in their phones.

For most AI research, Google is considered the corporate front-runner and its digital assistant is often judged the most effective in fielding complex queries. Yet the company has moved slower than Amazon in releasing devices and striking partnerships. A recent survey from research firm Cowen showed that more than twice as many consumers own an Echo than a Google Home, and Amazon’s share is growing.

Google doesn’t disclose sales of its hardware devices. It’s unlikely to be hugely profitable, and the company continues to pour in cash — Google recently agreed to spend $1.1 billion for about 2,000 HTC Corp. employees who helped design the initial Pixel device last year.