Serious questions are being raised about the business relationship of an Advanced Audio executive with executives of UK based Chord Electronics and StereoNet and an upcoming Advance Audio warehouse sale.

Specialist sound dealers are currently up in arms as to the recent actions of Advanced Audio who announced on StereoNet a warehouse sale of new stock with up to 80% off, products from Arcam, Definitive Technology, KEF, Linn, Nordost, Hegel and many other brands currently being sold by their retail partners.

Several have contacted ChannelNews to vent their displeasure some claiming that they are set to drop Advance Audio products if the sale goes ahead on November 30th.

Specialist retailers are also raising questions about the relationship of Advanced Audio’s Nigel Ng, who is in business with Robert Wong, Business Development Director at Chord Electronics and Peter Shilkin a contributor to StereoNet via a Company called IndigoSix.

Shilkin is the owner of Dream AV, an Audio Visual and Home Automation in Perth. He is also a contributor to StereoNet an online sound site that writes glowingly about Advanced Audio and Chord Electronic products. Shilkin has failed to reveal his shareholding in IndigoSix.

The three directors each hold 40 shares in the 120 share Company.

There is no mention that Nigel Ng is the General Manager of Advanced Audio, it claims that he has a strong background in Hi-Fi, custom and automation products and focusses on developing his technical expertise to best serve the supply chain.

IndigoSix simply claims that Nigel is based in Sydney, Australia.

“IndigoSix sets out to be more than just a traditional sales agency. With our mix of personnel and experience, we can offer manufacturers much more” they claim.

They claim to be able to provide the right partner(s) for brands to work within the region.
One distributor that ChannelNews has spoken to believes that IndigoSix is nothing but a PR machine designed to “peddle information on StereoNet who they claim is pocketing “big fees from Advanced Audio”.

Dealers who saw the recent SteroNet promotion for the warehouse sale are also up in arms over one-man bands getting free floor stock from Advanced Audio.

One wrote, “Advanced Audio, have loyal dealers who for years have been paying for floor stock and now they offer Hey Now HiFi a free library of high-end stock which in essence they borrow and return with no obligation”.

“They are screwing over all the dealers who have supported and invested in demo stock which have significant overheads Vs a 1-man band from an 80sqm 2nd-floor office, with almost no overheads”.

Two dealers told ChannelNews that Ng has a “Conflict of Interest” with his Indigo Six business where he, Peter Shilkin and Robert Wong from Chord Electronics are in partnership.

Nigel Ng, the General Manager at Advanced Audio, told StereoNet “We’ve got loads of brand new and repacked ex-demo stock that needs to be cleared. Whether you’re looking for speakers, amps, cables or DACs, we’ve probably got it”.

When ChannelNews contacted Nigel Ng, he refused to comment.

What is Happening With Philips TV’s? 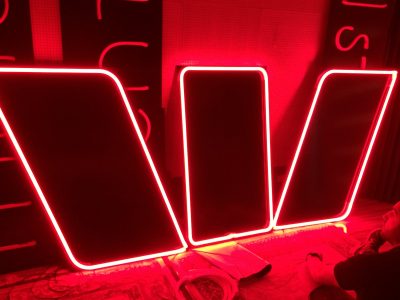