The move will see the expansion of Sharp branded products spanning refrigeration, air conditioning, humidifiers and  in the future TV’s in Australia.

“This is not a licensing deal but a strategic move by Sharp to harness the management and distribution resources of Tempo” a spokesman at Tempo has said.

The Tempo appointment will take effect from 16 of September 2019.

Sharp is now owned by Foxconn one of the world’s largest technology Company.

Among the first of the new products that Tempo will take responsibility for is a 624 Litre French Door Refrigerator with several retailers set to stock the new Sharp appliance this will be followed by air purifiers and air conditioning products. Retailers who ChannelNews have spoken to have welcomed the return of an expanded range of Sharp products.

“Tempo has an experienced management team and a track record of working closely with distributors in Australia, this will seriously add to Sharps capability in Australia” said one major retailer.

Todd Gibbons, Head of Partner Relationships at Winning Group said “Sharp has been one of the leading electronics companies in the world for decades and we have been retailing Sharp for a number of years at Appliances Online”

He added “We have recently been advised by Tempo that they will be distributing the Sharp product range going forward. We value our existing relationship with Sharp and we look forward to continuing to work with them and Tempo, to offer our customers Sharp products including microwaves, refrigeration and air treatment.”

The new products that will start rolling out in the last quarter of 2019 and expanded in 2020 will be aimed at the premium and top end of the mid-market according to Tempo management”.

A household brand for several decades in Australia, Sharp has on the past been a major brand across several CE and appliance categories.

The marriage of Sharp design and manufacturing capabilities and the experience of Tempo management who currently distribute, Philips, Hitachi, Polaroid, AKAI as well as several other brands in Australia and Europe is seen as a “perfect combination” according to retailers.

Tempo management will be available at IFA in Berlin. 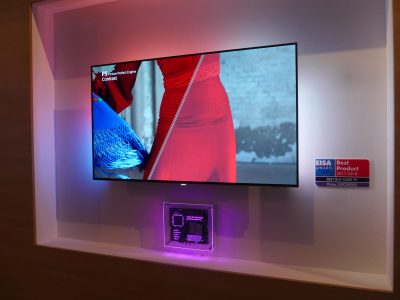