Sam Skontos, who quit TCL after getting their Alcatel brand into the #3 slot in Australia has launched a new distribution Company called IQU Group (“IQU” pronounced as IQ).

Among the new products set to be launched by new group is a new range of Ducati and Lamborghini upmarket scooters a category that is taking off in Australia.

Also coming is a new range of Tesla batteries for recharging mobile phones tablets and notebooks as well as Wipop chargers & Dizo smartphones.

Skontos a former senior executive at Optus and the former Sales Director at Virgin Mobile is also looking to launch a range of branded appliances.

When he quit as the Vice President & Managing Director of Southeast Asia and the Pacific at TCL, several former staff including Paul Lakkis & Arnaud Abad followed him to establish the new business and are now key directors of the new Company.

During his time at Alcatel a TCL owned Company he built the brand sponsoring NRL teams such as the South Sydney Rabbitohs and is confident that the fast-growing electric scooter and skateboard market which is still illegal in some states is set to take.

Archrival Panmi who has been selling Xiaomi scooters in Australia has witnessed record demand for scooters and electric mobile products.

“We have several deals in the pipeline and we are currently in discussions with both carriers and retail groups who are looking for new and exciting products in markets that are delivering growth” said Skontos.

He claims “Our iQU Vision is to bring smart devices and services to the Oceania mass market by partnering with likeminded high quality & innovative companies that can enrich our customers lives and enable them to live a fulfilled & connected life.

“Management at iQU have over 60 years of collective experience in consumer electronics and we are currently in discussions with several leading global brands especially European appliance brands” said Skontos.

He added “We have been successful with this strategy for the last 13 years with Alcatel products and now we will extrapolate this further with our new range of products.” Skontos added.

The new business is based in Sydney. 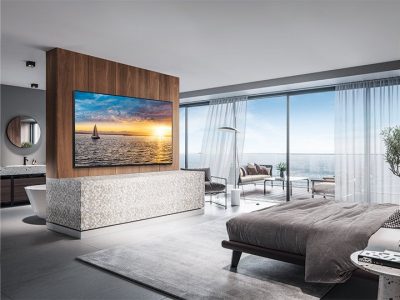