Electrolux Buys Appliance Company That Cooks Food In A Bag

Electrolux has moved to aquire Anova, the US maker of a connected home cooker that links directly with a smartphone and cooks food in a bag.

The cooker itself is a wand-like immersion circulator that attaches to a pot and heats food, it maintains water at a precise temperature to ensure perfect results.

Established in 2013, Anova’s Precision Cooker also connects to a user’s smartphone which allows the user to access thousands of recipes to make it easy to cook sous vide — a technique in which food is placed inside a sealable bag and brought to a precisely controlled temperature in a water bath.

The device is Bluetooth-enabled and sells for US$149 retail, the device is expected to be launched in Australia.

Electrolux is paying $115 million in up-front cash for the San Francisco-based company, with an additional payment of up to $135 million depending on Anova’s financial performance. Net sales last year were approximately $40 million, and the business employs about 70 staffers. 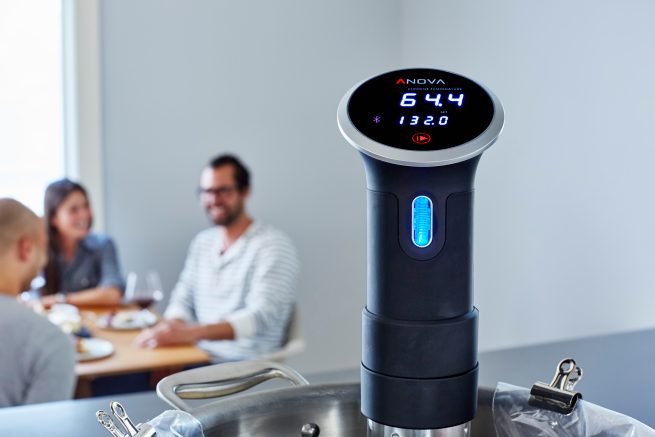 The cooker is contract-manufactured globally and primarily sold online through major retailers and direct to consumers.

Electrolux said the acquisition provides “a significant opportunity for profitable growth in this emerging product category,” while also allowing it to study Anova’s direct-to-consumer business model and digital focus, two areas of “strong strategic interest” to the Swedish majap maker.

Said Electrolux president/CEO Jonas Samuelson, “This acquisition offers a valuable stepping stone in our journey to deliver best-in-class consumer experiences through smart, connected appliances.”
Added Ola Nilsson, who heads Electrolux’s home care and small domestic appliances sector, “Anova’s mission — to make it easy for consumers to cook like a pro — is so similar to our own focus on great tasting food that this was quite obviously a perfect match.

She continued, “It’s also a great strategic fit in terms of Anova’s approach to online sales and digital marketing, and in how they leverage connectivity in the products. We have a lot to learn from each other, and look forward to helping Anova take the next steps on their global growth journey while maintaining an agile and innovative culture.”

Anova, Electrolux, Smart Food Cooker
You may also like

Cost Of Mass Executive Sackings At Electrolux Not Revealed