Aussie Telcos To Spend $3.6B In Spectrum Auction A mobile spectrum auction later this year will see the major Australian telcos spend up to $3.6 billion in order to provide 5G coverage to rural and regional areas.

This is according to analysts at JPMorgan, who note that Telstra has already been cleared by the government to spend more than what was recommended by regulators, setting the stage for a competitive auction.

“We forecast Telstra and Optus will acquire 25MHz of metro and 30MHz of regional spectrum for a price of $1.375 billion,” JPMorgan analyst Mark Busuttil said.

“TPG holds an abundance of spectrum from the merger last June; therefore, we estimate it will acquire the least with 22MHz of metro and 12MHz of regional spectrum at a cost of $850 million.”

The slots cover the low-band 850Mhz/900Mhz spectrum, which is of particular use in rural areas, due to its superior coverage.

Communications Minister Paul Fletcher rejected calls from regulators to limit low-band spectrum holdings to allow for more competition, saying: “One of the things that is happening with this auction is that we are adding new spectrum to the pie, that there will be 200MHz across the three major operators rather than 180MHz.

“If Telstra chooses to bid, it could only win a modest increase in the amount of metro and regional spectrum that it holds.”

“Unfortunately, this will help Telstra preserve its monopoly in regional Australia,” a TPG spokeswoman said. 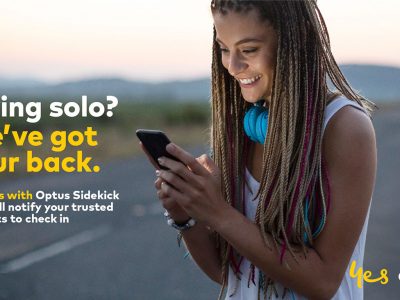 Optus Sidekick Offers “Peace Of Mind” When Out And About