Pre order sales of the recently launched Galaxy Tab S8 tablet are booming so much that Samsung is struggling to meet demand.

Now questions are being asked as to how many of the orders are consumers dumping their iPads, for a better spec’d tablet that appears to be faster and housing, a significantly better display screen than an Apple iPad.

Revealed alongside the Galaxy S22 at the February Unpacked 2022 event the popularity of the new Android tablets has led the company to pause pre-orders in the U.S with orders still being taken in Australia for the popular new tablet.

The new Ultra model in the Galaxy Tab S series has been described as bigger, badder and meaner with the top end model delivering a gigantic 14.6-inch display, a solid Armor aluminium chassis, and enhanced stylus which appears to be winning over iPad owners as well as Microsoft Surface owners looking to upgrade to a better spec’d tablet.

The Galaxy Tab S8 has a brand-new S Pen which we tested recently.

It has better latency, is smoother and easily converts pen written words to digital text, which is until it struggles with my writing.

Under the bonnet is a Snapdragon 8 Gen 1 processor for improved multitasking capabilities.

When the 14.6-inch display of the new Tab 8 is compared with Microsoft’s full-fledged 13”-inch Surface Pro 2-in-1 you quickly notice the Tab S8 Ultra is big for an Android tablet and the delivery of more display real estate is a big plus without being uncomfortable.

According to US media the Galaxy Tab S8 and Tab S8 Ultra are proving to be more popular than expected, to the point that Samsung is now struggling to meet demand a problem that could impact the Australian market.

In a statement issued overnight Samsung management said “We are thrilled by the consumer response to our new Galaxy Tab S8 line-up. Due to the overwhelming demand in the last 48 hours, we will be pausing preorders at Samsung.com for the Galaxy Tab S8 Ultra and Galaxy Tab S8. We are working quickly to meet consumer excitement and demand. Please stay tuned for more updates.”

Samsung was offering the Galaxy Tab S8 Ultra with a Keyboard Cover for those who pre-ordered the device or in Australia a gift worth $499.

It is still unknown if the device will return for pre-orders or directly go for sale without the accessory offer. 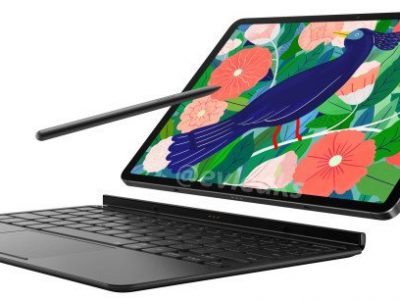