Amazon.com has had a record Christmas with their stock surging after the big online retailer reported a “record breaking,” run with billions of items shipped and “tens of millions” of Amazon devices like the Echo Dot sold.

In Australia Amazon has reportedly had a record holiday period with brands such as Jabra, Sony along with Bose benefiting from the surge in demand for online goods at Amazon Vs instore sales at the likes of JB Hi Fi or Harvey Norman.

Accord to Jabra Australia Marketing Director Sid Rashid Jabra Australia has a close relationship with Amazon in Australia despite Rashid critising the big US retailer for selling “grey imported Jabra products” which despite being manufactured by Jabra the local Company is refusing to honour warranties for the Amazon listed Jabra headphones.

During the holiday period which for Amazon started back with Black Friday sales, the online retailer signed up five million new Prime memberships globally according to Bloomberg, while the number of items that were delivered with one-day or same-day shipping quadrupled compared to last holiday season. Independent third-party sellers, meanwhile, sold more than a billion items, Amazon said.

Shares of the Seattle-based company rose as much as 3.4%.

Bloomberg also claimed that during the recent holiday period online sales in the U.S grew almost 19% compared to last year, according to Mastercard Spending Pulse data, which tracked sales from Nov. 1 to Dec. 24. That’s more than five times greater than overall holiday sales growth, which was 3.4%. Online sales now make up almost 15% of total retail sales during the holiday, according to Mastercard.

“E-commerce has become a critical piece of any retailer’s operations,” Steve Sadove, senior adviser to Mastercard and former CEO of Saks said in an interview. “You have to be an omnichannel retailer.”

While e-commerce sales look strong this holiday season, returns could end up taking away some of the shine, claim observers who said that online customers could end up sending back goods worth as much as $41.6 billion.

Jabra getting big sales selling via Amazon. Paying away less margin than via a local retailer.

An executive from commercial property group CBRE claims that would represent the standard rate of online retail returns of 15% to 30%, CBRE said in a Dec. 19 statement.

Most retailers will report their fourth-quarter results in February or March in Australia including JB Hi Fi, The Good Guys the struggling Myer and David Jones Group as well as Harvey Norman. 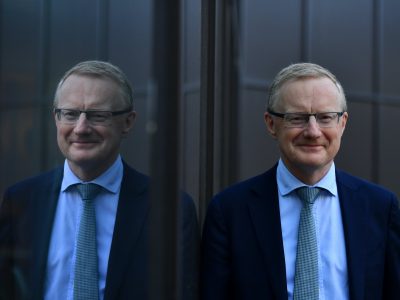