According to reports, Australians could be catching an Uber to the skies with UberAIR, a flying vehicle from the ride-sharing company within five years. Uber executives are currently in talks to gain approval for trials by local and federal governments in Sydney and Melbourne.

Uber’s global head of aviation, Eric Allison, told Australian Financial Review that “We want to go to a place where there is a demand for it and that has the need for it. [The city] has to have enough population density, but also a large geographic area so you end up with … development patterns that lead to congestion” as well as an already strong Uber presence among the population.

Before the city can be chosen for the trials, they need to meet federal regulations. However, the government has expressed interest in the trials going forward, as long as regulations are kept.

Uber released a white paper approximately two years ago describing their vision for urban, on-demand, electric transport vehicles that could take off and land vertically.

They have since partners with Aurora Flight Sciences, Bell Helicopters, Embraer, Mooney, and Pipistrel Aircraft to manufacture the vehicles and necessary supporting and powering infrastructure with each business working on a different element and design.

The maiden flight of the UberAIR is slated to happen next year in Dallas and Texas.

AFR states that Uber plans to start providing commercial flights in 2023 at the same price point as its current Uber Black service, then lowering it to the UberX price range within two years.

Although originally planned to be driverless, the latest models all have pilots, in an effort to get it to the market quicker and for it to succeed without having to convince the general public – and regulators – to trust a drone.

Uber is growing in popularity and profits in Australia, with AFR stating it to earn a gross profit of $127.3 million on revenue of $151.6 million.

However, the parent company is putting the majority of its profits into research and development, making the company suffer big losses.

However, Allison believes it is a good gamble, even if losses increase, as in the long run, Uber plan to be the front runner in future transport innovations because “future is going to come faster than you think and we want to be there before other people get there.”

Flight, ride shar, rideshare, uber, uberair
You may also like 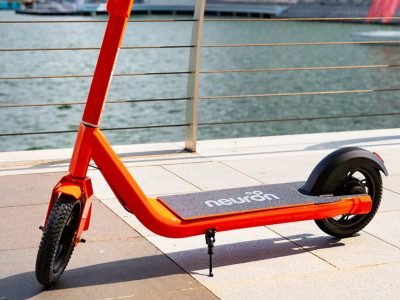 Go Pro Boss Sells Out & Moves On
Accessories Latest News Marketing
//
David Richards
/
0 Comment
The last year has been an up and down affair for Go Pro shareholders now it’s been revealed that founder... Read More