He’s normally chasing publicity but this time John Winning the CEO of Winning Group and Founder of Appliances Online appears to be ducking for cover as two of his most senior executives quit the appliance retailer who has struggled to establish a foothold in the custom install market.This week Joe Devery the chief executive officer (CEO) for Winning Retail, and Stephen Rorie chief financial officer (CFO), quit the business, at this stage no explanation has been given for the sudden exit.

Rorie had only been with the Company a few months having joined in late 2019. According to John Winning the Company was building their custom install business around Control 4. We also understand that several suppliers were approached to work with Winning however several have said that they were not happy with the Winnings Terms and Conditions when they were Trading Terms were placed into the Appliances Online business.

A well-established custom install executive also told ChannelNews that they had been called in to “fix up Winnings jobs”.

“They took on several jobs including some big custom install ones, they then realised that the so-called Control 4 trained staff they had working on the jobs were not skilled enough to project manage or compete the jobs”.

Earlier this month Winnings registered a business name Winnings Home Improvements, the Company has not said whether they are moving to compete directly with builders and home renovators.

On 27 August 2020 and in the middle of COVID -19 lock downs the Winning Group purchased the business and assets of Melbourne based Rogers Seller & Myhill Ply Ltd for $1,932,932.

Earlier today Winning Group told financial controller, John Ceresa was appointed as CFO. He has only been with the Company since January 2020.

A search is underway to replace Jo Devery (seen below) as chief buying and merchandise officer. 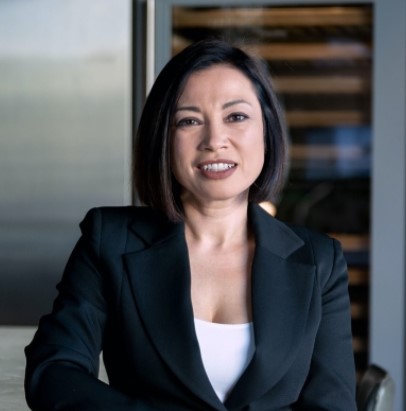 Back in December 2020 the Company announced profits of from ordinary activities of $6,558,000.

The Group also announced that they had acquired 268,197 ordinary shares in Winning Appliances for $23.97M.

Publicity seeking CEO John Winning, appears to have wound back his publicity operations after the Australian Financial Review took a pot shot at him for his description of a new generation of millennial workers who he claimed were fast earning a reputation for being more interested in ‘asking for a promotion or a pay rise” than actually working.

“You train them up and by the time they’ve finished the two-month training, they’re either looking for the next thing or asking for a promotion or more money,” Winning told The Age’s Dominic Powell last year.

ChannelNews also understands that the Companies bankers wound back their borrowings before COVID-19.

This move came as the Company expanded into Victoria opening multimillion dollar showrooms in Chadstone and Richmond.

John Winning has not responded to our request for a comment.