SYDNEY: The Toll Group – motto “We embrace change” – which is currently seeking to restore its key systems following its second ransomware attack in five months, has said that it has, for the second time, enabled its customers to access most, but so far not all, of its features

Toll’s huge Australian operation was first brought down by the attackers in early January. The Japanese-owned company painfully repaired its systems – only to find itself successfully attacked for the second time in May.

At the weekend, Toll said customers – many of whom are spread across the world, as well as in Australia – could now once again access many features, including the company’s “track-and-trace” function across its global network.

Toll has not revealed how much ransom the attackers were seeking, but it has been adamant that not a cent has been paid. It has revealed that the breached information included details such as name, residential addresses, age or date of birth, and payroll information, including salary, superannuation, and tax file number.

Next problem for the group, presuming it gets all systems up and running, will be to assess the possible damage it may face from aggrieved customers and their legal reps, who are doubtless sharpening their pencils.

international, Japanese-owned company, Toll, track and trace, we embrace change
You may also like 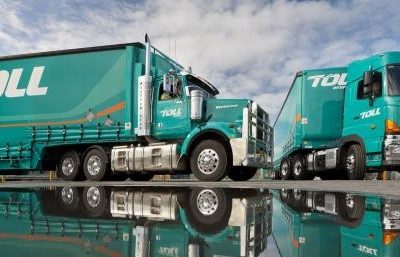